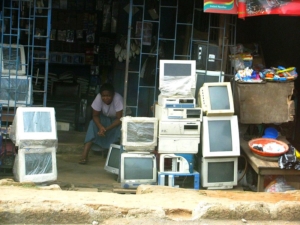 In July 2021, the African country of Togo took another step in its efforts of digital transformation and economic progress as it opened Togo’s first data center in the capital city of Lomé. The construction of the data center in Lomé began three years ago and was funded by a loan from the World Bank and the West Africa Regional Communications Infrastructure Project. The facility is part of the government’s plan for economic development and digital advancement. As Togo attempts to cement itself as a West African hub, Togo has risen about 50 spots in the World Bank’s “Doing Business” report in the last couple of years.

Poverty and Economic Development in Togo

Togo has made strides in growth leading up to 2020, but even pre-pandemic, past poverty levels were still high. More than half of the population has been living under the poverty line for years prior to the pandemic, according to the World Bank. The World Bank and the International Finance Corporation have lent the government a hand in improving conditions for its people by putting resources into the financial, energy, transportation and manufacturing sectors, which played a major role in Togo’s jump from 137th to 97th place in the Doing Business 2020 report.

With investments into Togo’s digital economy and infrastructure, the country plans to grow in its wholesale broadband market and cheapen service costs for its people. The government aims for a complete structural reformation of the Togolese economy. In the hopes of job creation and modernization of key institutions, Togo’s data center was constructed as a part of the long-term investment into digital technology.

Hawa Cissé Wagué, the World Bank resident representative for Togo, tells the World Bank that the pandemic has displayed the necessity of increasing Togo’s digital infrastructure in order to improve services and economic productivity. So far, Togo’s data center and its development have mildly restored its reputation and its future looks bright as foreign investment ramps up with a number of prominent banks in the region choosing to operate and do business within Togo.

Impact of the Data Center in Lomé

The secure, quality and reliable nature of the advanced technology makes the investment into the data center significant in the long run for the Togolese economy. The locally stationed data center will directly impact the surrounding community by providing employment opportunities within the facility itself but it will also have a ripple effect and extend throughout the country, according to government plans. Distributed data centers offer lower transaction costs as well as convenience when it comes to digital regulations. The centers also come with lower geopolitical risks and are safer for data storage.