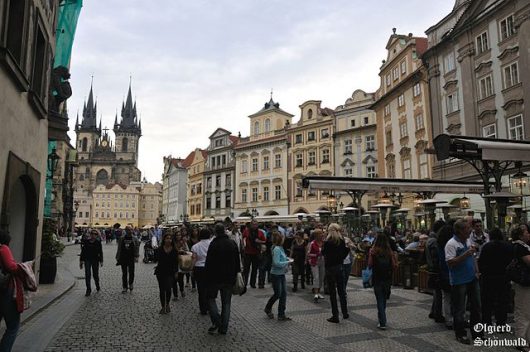 The Czechia poverty rate continues to rank among the lowest in the EU. At 5.9 percent, the eastern European nation, which shed its English moniker of “Czech Republic” early in 2017, beat out such neighbors as Poland, Portugal, Hungary, Italy and Spain, all of whom have rates exceeding 10 percent.

In the OECD, Czechia ranks behind only Denmark in terms of poverty rate, which measures the amount of families living below a country’s poverty line. In Czechia, that number is 10,220 crowns (about $431 USD) per individual and 21,461 crowns (about $906 USD) for families with children.

Based on population-weighted estimates drawn from household surveys, the poverty rate is not necessarily a perfect benchmark for comparison between nations. Indicators are specific to each country’s economic and social circumstances, and a variety of factors influence perception of poverty.

However, other metrics tell the same story of a robust quality of life within Czechia. Not only is the Czechia poverty rate one of the lowest, the nation’s wealth inequality outperforms other high-performing countries. Only 22 percent of Czech income is held by the wealthiest 10 percent, lower than the U.S., China, Indonesia and Chile, who have rates of 30.2, 31.4, 31.9 and 41.5 percent respectively. The Gini coefficient, which measures income inequality, is a relatively low .26 for Czechia, and unemployment lingers at an impressive 3 percent as of 2017.

Explanations for the country’s favorable economic indicators are many. Czechia has an excellent education track record, with enrollment standing at 99.75 percent. Government funds have been redirected to education over the past decade, while decreasing in other sectors such as infrastructure. Public reform following the 2008 global economic crisis saw a VAT hike and reduction of social welfare benefits, but included significant tax discounts in other sectors of the economy and pensions that nearly doubled.

Though these factors have aided in suppressing the Czechia poverty rate, conditions for the majority of employees are not necessarily as complimentary. As average Czech wages increase, they still remain substantially lower than the EU median. An average wage across industry of $23,003 USD reflects Czechia’s tough minimum wage, which remains one of the lowest among OECD nations. The country’s main source of income comes from engineering and machine-building industries, which accounts for 37.5 percent of the economy. With a popular tourist destination for a capital, services bring in around 60 percent of Czechia’s wealth.

Forecasts predict a sustained pace of economic growth but slowing rates of employment. Inflation, which jumped from 2016 to 2017, is expected to decline as debt continues to diminish post-recession. It remains to be seen whether or not the trend in Czechia’s low poverty rate will continue.