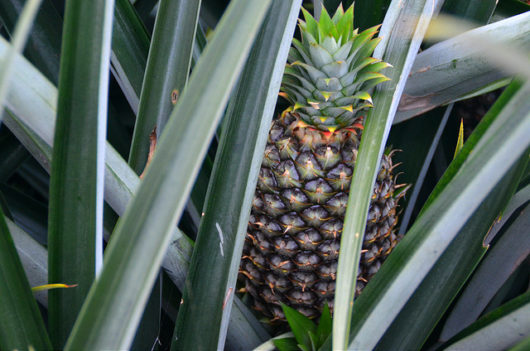 Pineapples are popular around the world, but as a tropical fruit, they can only be grown in certain regions.

In Europe, almost 75 percent of pineapples are imported from Costa Rica, but Costa Rica’s pineapple industry is riddled with a number of social, environmental and health issues.

In Costa Rica’s pineapple industry, the average worker is paid the equivalent of $83 a week for over 80 hours of labor. When European supermarkets lowered the price of pineapples, the first expenses that industry decreased were workers’ wages.

Around 70 percent of plantation workers in Costa Rica are migrants, usually from Nicaragua, and as a result, they are exploited by their employers. Because many of the workers are not citizens of the country, they have a constant fear of deportation if they complain about working conditions.

Only about 2 percent of industry workers are members of a union. This is a result of continued discrimination since union members within Costa Rica’s pineapple industry are often assigned on positions that are lower paid or less desirable.

Women are often discriminated, and the find it hard to get a job or they even get fired when they become pregnant. This is due to the high costs of maternity leave and the fact that many women cannot work long hours due to obligations at home. In addition to these issues, there have also been reports of sexual abuse.

Pineapples on these large plantations are grown as monoculture crops. This lack of diversity in farming results in high levels of pesticide and chemical use in order to maintain high yields.

Costa Rica’s pineapple industry is notorious for its use of toxic agrochemicals, such as Paraquat, that is illegal in the European Union and classified as likely carcinogenic in the United States.

Plantations are often sprayed with over 50 types of chemicals. While the law requires that individuals working with these chemicals work only six hours each day, many are working up to even 16 hours. These high levels of exposure raise significant health concerns for laborers.

In addition, there are negative environmental impacts as well. These chemicals contaminate the surrounding environment and seep into local water sources.

Many communities bordering pineapple plantations in Costa Rica are now forced to rely on government tanks for drinking water after reports of skin disease, respiratory problems, birth defects and other illnesses.

Aside from pesticides, the pineapple industry in Costa Rica triggers environmental degradation through malpractice causing soil erosion, sedimentation and deforestation.

In response to the multitude of concerns raised by the Costa Rica’s pineapple industry, the government has implemented a five-year moratorium on new plantations and is creating legislation to limit pesticide usage.

As of 2008, Paraquat cannot be applied as an aerial spray, and some insecticides have been banned.

Companies have also made efforts to improve conditions for their employees and cover the costs of more sustainable practices.

One of the largest companies, Dole, has certified all of their plantations in Costa Rica in accordance to U.S. Fair Trade standards.

Pressure to meet the high social and environmental standards of the global market, however, is sparking promising change.

Continued efforts towards better working conditions and sustainable practices are necessary to improve the lives of pineapple laborers and the surrounding communities.