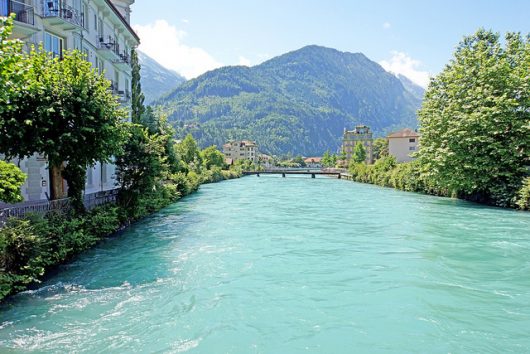 Known for its delectable chocolate and incredible skiing, the high cost of living in Switzerland is another of the country’s claims to fame. Switzerland ranks above other expensive countries such as Luxembourg and Hong Kong by being the second most expensive country in the world, according to Numbeo. With a gallon of milk costing about $6.50 in Geneva and gas reaching almost $5 a gallon, there is no hiding from high prices.

Geneva, the second-largest city in Switzerland, is 44% more expensive than New York City. The average family of four spends over 5,000 dollars a month on regular expenses. Hailing from the most expensive country in Europe, these expenses have become the norm across the land-locked country.

A dwindling unemployment rate of three percent has helped boost an already booming economy. In addition, the average yearly income is above $35,000, while in the United States it is only around $29,000. These factors contribute to one of the highest qualities of living in the world. A recent poll demonstrates that the Swiss give their quality of life a 7.6 out of 10. The average around the world is a 6.5 out of 10, revealing how high Switzerland ranks in all aspects of life.

With the most expensive Big Mac in the world at $6.59, there is no sector of life untouched from the high cost of living in Switzerland. These exuberant prices come with one of the most scenic countries in the world. Switzerland’s mountains and picturesque towns offer exactly what you pay for. Although the high prices are not going anywhere, the cost of living in Switzerland represents the money it takes to live the ideal life.