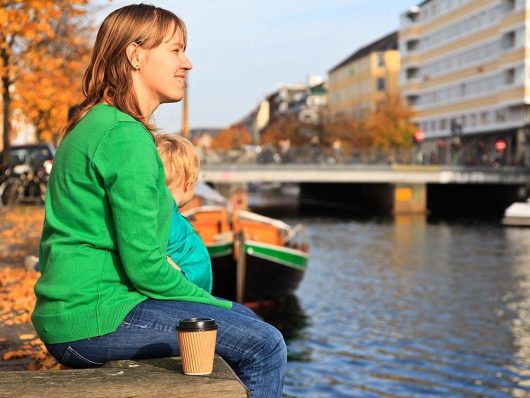 Denmark is known for its high taxation and social spending as a significant portion of its budget, but it may be a lesser-known fact that the cost of living in Denmark is among the highest in the world.

As of 2017, the cost of living in Denmark was ranked sixth in terms of its consumer price index (including rent), which is currently at 65.83. The consumer price index is a calculation of the average prices of rent and consumer goods and services within the country. Though this number is high, it pales in comparison to the two other Nordic nations that are also listed as being in the top ten most expensive countries to live. Namely, Iceland, which was ranked third with a CPI index of 92.79, and Norway, ranked fourth with a CPI index of 76.70.

Among other comparisons to the U.S., the average price in Denmark for a pair of Levi 501 jeans is about $130, a basic dinner for two in a local pub or diner is about $64 and a 40” flat screen television costs about $603. Also, the median monthly rent for a furnished 480-square-foot studio apartment in an average neighborhood is about $917, in addition to an average of $190 in utilities per person.

Another unique aspect of the Danish economy is that although the average citizen makes about $43,000 per year, they devote between 35 to 45% of this to their income taxes, depending on whether they are married, have kids and a few other factors. For those making $67,000 or more per year, a total of 52% of their income will go to taxes, and the highest marginal tax rate for the wealthiest is currently 55.8%. However, these tax rates are comparatively lower than in the past. Data shows that in 1997, Danes paid a record high top marginal income tax of 65.9%, and the rate did not fall below 60% until 2009.

Nonetheless, as of August 2016, 60% of Danes said that they would oppose tax cuts, 15% said they were unsure and only 25% favored them. The reason for such a high level of support for high taxation is because most Danes view the taxes as an investment for a better society and an increased quality of life.

Since it is a focus of many Danish policymakers to take into consideration the quality of life and overall happiness for their citizens, they ensure that they have a highly funded welfare system. For this reason, it is not surprising that education is entirely free even at the university level and every Danish student gets $900 monthly from the government. This is not only beneficial for young people, but it also relieves parents from having to worry about how they will finance their children’s education.

Denmark also has one of the most generous parental leave policies worldwide, allowing parents up to a total of 32 weeks of funding from the state to tend to their newborns following birth, as well as free, safe and high-quality health care for all citizens.

The Danish labor market is also positively impacted by the welfare model. By practicing an extremely efficient active labor market policy that, among other things, provides job-searching assistance to the unemployed and makes efforts to keep the unemployed actively engaged in searching for a job. In addition to this, if a Danish citizen loses his job, he can receive unemployment insurance for up to four years.

Perhaps it is a combination of these things that has led Denmark to be ranked the happiest nation in the world for the third year in a row, according to the United Nation’s World Happiness report of 2016. The five countries that were ranked directly below Denmark were Switzerland, Iceland, Norway, Finland and Canada, which is notably significant as all of those countries also impose high taxation and have similar welfare programs in place.

While the cost of living in Denmark is high, and the country is certainly not a flawless, utopian society, it appears to value the well-being of its people over economic growth. Demark can, at a minimum, serve as a role model to the global community when it comes to improving the lives of its citizens.