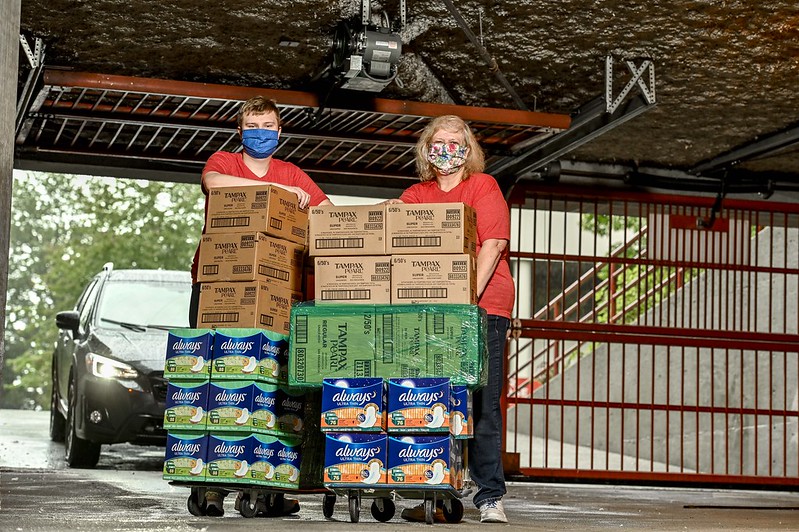 Period poverty is not a new issue. In the U.K., it has been around for countless years, causing profound problems for those that suffer from it. However, the cost of living crisis, something which has involved the prices of essential items increasing and wages and disposable income falling, has exacerbated it. The cost of living crisis in the U.K. has only worsened the period poverty.

The Institute for Government refers to the cost of living crisis in the U.K. as being the fall in ‘real’ disposable incomes, something caused by high inflation going above wages. The arrival of this crisis in the U.K. is an economic consequence of two major events that have occurred over the last two years. The events are the COVID-19 pandemic and the Russian Invasion of Ukraine. The former has prompted the largest recession in modern times, with gross domestic product (GDP) declining by 9.7% in 2020, the steepest since 1948, while the latter has placed the economy at risk. The invasion has contributed to even more debt, the plunging of the pound’s value and perhaps the most far-reaching consequence, increased costs, especially in relation to household necessities (including, energy, petrol and food).

It is no mystery that the crisis will affect poorer households in the U.K. more than richer ones. The households experience higher inflation rates at 10.9% on average than richer households at 7.9%. Despite this not seeming like a large difference, increasing costs mean that the poorest households are unable to afford and thus, utilize household necessities. One such necessity is period products.

Period poverty is a global problem, even in the industrialized and wealthy west, including the U.K. The phenomenon describes the struggle that many women and girls, especially those from low-income backgrounds, face when accessing period products. It does not relate only to sanitary products, such as pads and tampons, but other related costs such as pain medication and underwear.

Difficulty in affording these products has profound consequences on the lives of sufferers. Oftentimes, this issue threatens education and economic opportunities as girls and women have to stay at home from school and work. Plan International estimates that more than 137,000 girls across the U.K. have missed school days due to period poverty. This impact justifies the economic, social and political ramifications of period poverty.

The Cost of Living Crisis and Period Poverty in the UK

The cost of living crisis in the U.K. has had a profound impact on period poverty sufferers. In the U.K., period poverty affects one in three girls. Due to high production costs because of inflation, many supermarkets are forced to increase the prices of products. For instance, Tesco has doubled the price of its least expensive period product (pads) from 23 pence a pack to 42 pence. Due to the high costs, many women and girls have had to prioritize other essential items (food and energy) over period products, forcing them to keep current sanitary products in for longer or continuously using tissues.

The crisis has also increased the demand for ‘hygiene banks,’ services that provide free products. In the first 3 months of 2022, the charity Bloody Good Period reported a 78% increase in this, with products provided rising from 7,452 packs in 2020 to 13,284. The banks emerged to bridge the financial constraints that charities that typically provide period products were facing by making period products available themselves.

The cost of living crisis and its impact on period poverty in the U.K. justifies the fact that the phenomenon does not only appear in the developing world. Fortunately, in the U.K., there are organizations working to support those that suffer from the phenomenon.

Bloody Good Period originated with the aim of creating a more sustainable flow of menstrual products. Since its founding in 2016, the organization has worked with more than 100 organizations across England and Wales, supporting more and more women and girls. It does this in four ways:

Bloody Good Period’s continuous usage of these four ways has been successful in enabling the organization to carry out its aim to recognize “the trauma and anxiety caused by not having access to essential menstrual products.”

The founder of Gift Wellness Limited, Dr. Zareen Roohi Ahmed, established Period Poverty U.K. in 2013 with the aim of eradicating period poverty by 2025.

In March 2022, the organization launched a fundraiser called Red Rebel Day to end period poverty. It had two core objectives:

This fundraiser has been successful in providing sanitary products to homeless women, students and women in low-income employment.

The rise in those suffering from period poverty and the U.K. cost of living crisis cannot be separated. The former has been present and wide-ranging for years, while the latter has ensured that the costs of essential period products have increased at exponential rates. Nevertheless, the increase of organizations working to support those that suffer from period poverty has grown and is continuing to grow, something which presents a hopefully more optimistic future.