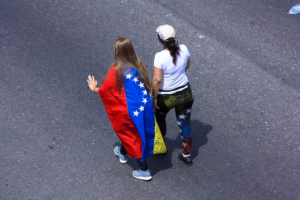 Like the educational system in the United States, the Venezuelan Ministry of Education mandates a certain number of years of formal schooling. In Venezuela, the government expects children to attend nine years of either public or private education. The results of such mandates have proved successful, as Venezuela has one of the most successful educational systems in South America.

Students in Venezuela attend six years of primary school, beginning in first grade and ending in sixth grade. After the first six years, students move on to a secondary middle education that lasts from seventh to ninth grade. These years make up the nine government mandated years of education.

The number of students that choose to continue with diversified education is a testament to the success of nine years of compulsory education. Because the government mandates years of formal school, education in Venezuela is at the forefront of many citizens’ minds. The desire to further the knowledge acquired for nine years is greater than it might be in a country that does not regulate schooling as much.

Many parents also choose to send their young children to school before they enter first grade. Preschools are very popular in Venezuela and help children acquire necessary social skills. These children can be at an advantage because they can focus on the information learned in classes without having to get used to a classroom setting.

Tertiary education, the equivalent to the American university or college level, is available to anyone wishing to pursue higher education in Venezuela. The Central University of Venezuela is just one of the almost 100 tertiary institutions in the country. There are approximately one million students enrolled for free at these institutions.

Another testament to the success of compulsory education in Venezuela is the country’s literary rate. 95 percent of citizens aged 15 years or older know how to read and write. This number is higher than all three neighboring countries’ rates. Columbia is a close second place at 94 percent while Brazil and Guyana have 90 and 85 percent literacy rates, respectively.

The educational system in Venezuela has not always been so successful. The number of students in primary schools has increased by more than seven million pupils since 1998. Additionally, the percentage of students that chose to pursue academics at the tertiary level rose from 28 to 78 in just one decade.

Former president Hugo Chávez made significant changes to the laws regarding education in Venezuela that account for this drastic leap in attendance rates. His reforms led to the creation of 13 Venezuelan universities and more accessible primary and secondary education in rural areas. By making education more accessible, the Ministry of Education could guarantee public schooling to all children and, therefore, feasibly mandate nine years of education.

Though education in Venezuela still needs more funding from the national budget, its policies are strong. The statistics regarding literacy and attendance rates from the last 15 years prove that compulsory education is beneficial to country’s educational system.