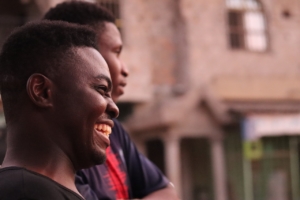 The United Nations considers Togo one of the Least Developed Countries (LCD) and a Low Income Food Deficit Country (LIFDC). It is one of the poorest countries in sub-Saharan Africa. As of 2018, more than 50% of the population was living below the poverty line. The government’s National Development Plan for 2018-2022 has aimed to promote social and infrastructure services to reduce poverty and improve the overall quality of life. Although the country has high poverty rates, its economy has continued to grow.

In the past five years, Togo’s gross domestic product (GDP) has averaged 5.5% growth. The country’s government has created public investment programs to help alleviate demand. Agricultural production and trade have also contributed to this GDP growth. Agriculture makes up 40% of the GDP and more than 60% of employment in Togo. Due to the COVID-19 pandemic, economic momentum could slow as a result of trade tensions and the threat of security. However, its economy still performed well in 2019 with an estimated GDP growth rate of 5.3%. Economists predict that Togo’s GDP growth rate declined to 1% in 2020. Despite this stunt in economic growth, the government and other global partnerships have helped Togo fund different community development programs to reduce poverty rates.

A microproject is a small-scale project that looks to improve a specific aspect of life for a targeted population. Togo’s Projet de Développement Communautaire (PDC), which began in 2008, is working to improve access to social services for impoverished populations through microprojects in various communities. Its goal was to fund 350 micro-projects in different sectors, like education and health. This project also sought to develop more income-generating activities. PDC was very successful and many consider it Togo’s first big community development program since 1998. After the 2008 global food crisis, PDC provided solutions, specifically agricultural tools, to help alleviate starvation and improve food security. This community project also provided funding to 233 groups to partake in various economic activities in different impoverished communities. The project officially ended in 2013, but still impacts the country today.

PDC helped fund a school feeding program. In 2018, this project reached 85,000 primary school children in 308 schools. One year later, the project increased its availability by 5%, reaching 91,000 children in 314 schools in 2019. Other community development projects have created school canteen programs. These programs not only employ more citizens but also allow for impoverished children to get an education. At least 36,000 children receive benefits from this program. As a result, dropout rates in primary and secondary education have decreased. Although they focus specifically on education, education-community development projects work to reduce poverty in Togo since increasing education allows for more future economic opportunities.

An Expanded Version of PDC

The Community Development and Social Safety Nets Project (PDCplus) formed in 2012, four years after the initial PDC began. Togo’s government and the World Bank help fund this project that works to improve the social and economic situations of impoverished populations in the country. Its strategy, known as the strategy for accelerated growth and the promotion of employment (SCAPE), worked to increase community participation and involvement in the program’s microprojects.

PDCplus completed its mission in 2017. In total, it created 346 micro-projects to improve social infrastructures, 208 micro-projects to develop more income-generating activities, 305 schools with school canteen programs and 196 school buildings. PDCplus was successful like its predecessor PDC, showing how Togo’s community development programs continue to work to reduce poverty rates in the country. The government has continued developing new projects that are similar to PDC and PDCplus due to their successes. As a result, the country has made progress toward mitigating its poverty levels through similar programs.

The Involvement of Impoverished Communities

These community development programs seek to increase citizen participation, specifically through microprojects that provide training for community members. The Borgen Project spoke with Dr. Theresa Davidson, a professor and Sociology Program Director at Samford University. She mainly focused on how participation in these programs could impact how effective they are: “If community development is a process that is led by the people there, it will likely be more effective […] because they know what they need.”

These impoverished populations know how these projects will impact their community. Projects like PDC and PDCplus are so impactful in alleviating poverty since its microprojects worked within these communities and relied on their participation. The active involvement of communities with PDC helped make these community development programs so successful in reducing poverty rates. New projects that the government has created need to continue community participation in order to be as successful as its predecessors.

There are many nonprofit organizations in Togo that seek to expand on the progress that these community development programs made. One nonprofit, Education Leadership Community Development, known as EDULCOD Togo, works to improve quality and accessibility to education for impoverished populations. The mission of this organization echoes outcomes from PDC and PDCplus.

This West African country has created many community development programs. PDC and PDCplus have been its most successful projects. These programs range from microprojects aimed at improving social infrastructure and involvement to improving accessible education and feeding programs. Although it ended more than a decade ago, Togo’s government is continuing to enact similar projects to improve its economy. Overall, the community development programs are reducing poverty rates in Togo.