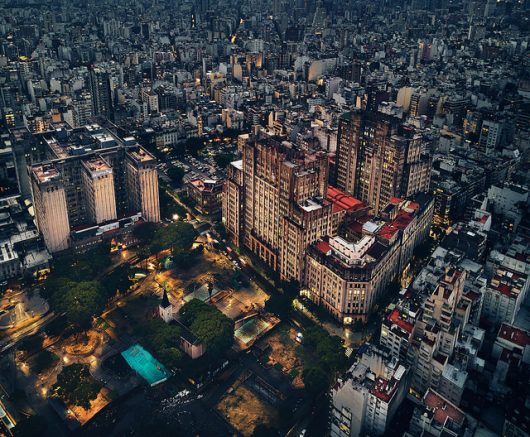 Argentina has experienced quite a few economic struggles in the past decade. The country now faces its fifth recession in the past ten years and its currency, the Argentine peso, has lost a third of its value. Now the lowest performing currency in the world, the currency crisis in Argentina imposes the new challenge to revamp its peso and bypass the friction of its economy.

Virtually everyone in Argentina is affected by this crisis. Business owners who expected to succeed in their business endeavors, due to the nature of Argentine markets and demand, are evidently experiencing a consumer drought.

Moreover, current negotiation details between the International Monetary Fund (IMF) and Argentina’s government have consequences for the public. Infrastructure projects will be postponed, subsidies cut, transfers to the provinces reduced and the federal payroll shrunk. Social unrest has followed already as the General Confederation of Labour, the greatest trade-union group in Argentina, protested against the government’s economic policies on June of 2018.

How Did the Crisis Commence?

Wolf Richter, a writer who featured on Business Insider, described the origin of the currency crisis in a simple yet concise fashion. Lending money to Argentina’s government is a tricky venture since lending to the government in its own currency devastates their peso and lending in a foreign currency leads to defaulting of the loan.

The currency crisis in Argentina started from reasons outside of the country’s control as well as the institutional reactions to them. Argentina underwent the greatest drought in 50 years at the beginning of this year, specifically affecting the harvesting of two export crops: maize and soybeans. A stronger U.S. dollar and Treasury yields led to the risk aversion of international investors, leaving riskier assets. Thereafter, Argentina’s peso, alongside Mexico’s peso, Brazil’s real, Turkey’s lira and Russia’s ruble, struggled.

Following these uncontrollable forces, the Central Bank of Argentina raised interest rates to a staggering 40 percent in the hope of helping the Argentine peso. The endeavor did not work as planned. Argentina’s president Mauricio Macri and his administration took a $50 billion loan from the IMF. President Macri collaborated with senators, governors and other leaders in order to get the country on board with the plan. Nevertheless, the public is skeptical because of Argentina’s past experiences with the IMF, such as the 1990s Convertibility Plan that fell through and spiraled into one of the greatest economic crises for Argentina.

Solutions to this problem that directly involves Argentina and international organizations, proposed by different institutions, are as follows:

The currency crisis in Argentina is undergoing a tug and pull from differing sides. The public keeps a retrospective mindset as they remember the past events of the 1990s and early 2000s. On the other hand, President Macri holds onto a prospective plan, trying to help Argentina climb out on top and even willing to take a $50 billion loan from the IMF. There are a number of solutions that have been drawn out. Although Argentina struggles to find a national consensus, the gears are in motion to eradicate this crisis and past mistakes are increasingly considered as citizens politically mobilize.