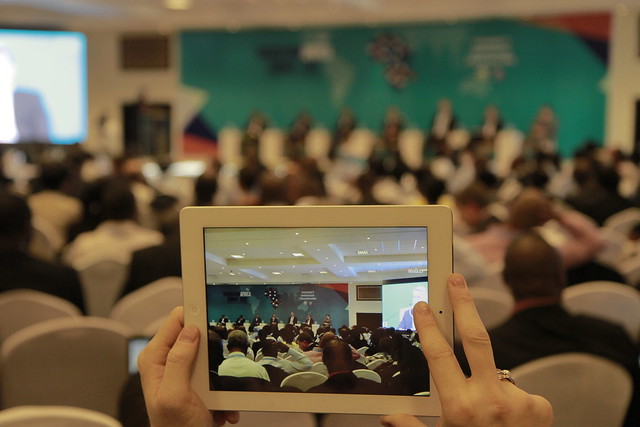 Ethiopia is primarily an agricultural country, with more than 80 percent of its citizens living in rural areas. More than 108.4 million people call Ethiopia home, making it Africa’s second-largest nation in terms of population. However, other production areas have become major players in Ethiopia’s economy. As of 2017, Ethiopia had an estimated gross domestic product of $200.6 billion with the main product coming from other sources than agriculture.

Today, 1.2 million Ethiopians have access to fixed telephone lines, while 62.6 million own cell phones. The country broadcasts six public TV stations and 10 public radio shows nationally. 2016 data showed that over 15 million Ethiopians have internet access. While 15 percent of the population may not seem significant, it is a sharp increase in comparison to the mere one percent of the population with Internet access just two years prior.

Despite its technologically-limited environment, young tech-savvy Ethiopians are beginning to forge their own destiny and pave the way for further technological improvements. One such pioneer is teenager Betelhem Dessie. At only 19, Dessie has spent the last three years traveling Ethiopia and teaching more than 20,000 young people how to code and patenting a few new software programs along the way.

On her website, Dessie recounts some of the major milestones she’s achieved as it relates to coding in Ethiopia:

Her impressive accomplishments continue today. More recently, Dessie has teamed up with the “Girls Can Code” initiative—a U.S. Embassy implemented a project that focuses on encouraging girls to study STEM. According to Dessie, “Girls Can Code” will “empower and inspire young girls to increase their performance and pursue STEM education.”

In 2016, Dessie helped train 40 girls from public and governmental schools in Addis Ababa, Ethiopia how to code over the course of nine months. During those nine months, Dessie helped her students develop a number of programs and projects. One major project was a website where students can, according to Dessie, “practice the previous National examinations like SAT prep sites would do.” This allows students to take practice tests “anywhere, anytime.” In 2018, UNESCO expanded a similar project by the same name to include all 10 regions in Ghana, helping to make technology accessible to more Africans than ever before.

With the continuation of programs like “Girls Can Code” and the ambition of young coders everywhere, access to technology will give girls opportunities to participate in STEM, thereby closing the technology gender gap in developing countries. Increased STEM participation will only serve to aid struggling nations in becoming globally competitive by boosting their education systems and helping them become more connected to the world in the 21st century.