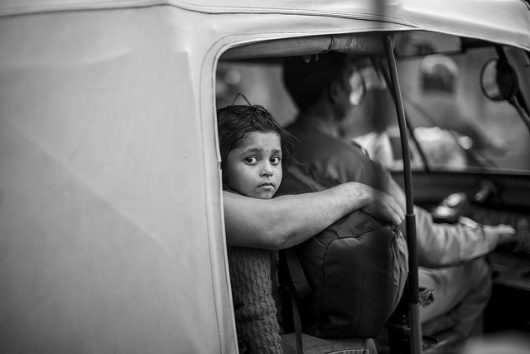 Around the world, children are being born with congenital anomalies such as clubfoot every day, and many children in developed countries will receive simple treatments. However, in the developing world, children often have to live with an untreated clubfoot that will present intense challenges throughout their lives such as discrimination, neglect, poverty and even abuse. A company called MiracleFeet is changing the lives of children with clubfoot and offering cost-effective treatments to end clubfoot in developing countries.

Clubfoot is a deformity that affects 100,000 babies a year and is one of the most common birth defects globally. It is easily identifiable in infants and causes one or both feet to twist inward, which eventually causes the child to walk on his or her ankles. This occurs in fetuses who have abnormal developments in their tendons, bones and muscles, specifically in their legs and Achilles tendons.

In poorer countries, a shocking 80 percent of clubfoot cases are untreated, resulting in lifelong disabilities. It is unknown what causes clubfoot, but genetic problems may be one factor. This birth defect has been recorded throughout history and has most commonly occurred if a parent had a clubfoot. It is also more common in boys.

If an infant in a developed country is suspected of having clubfoot, it can be identified using an ultrasound. Generally, this condition had been treated by surgeries that greatly diminish the quality of life for these patients, especially in the developing world where victims have little access to proper treatment.

The Ponseti Method and MiracleFeet

The Ponseti Method is a great alternative to painful clubfoot surgeries that decrease the patient’s quality of life. This method has a 95 percent success rate, is low-cost and fairly simple. Instead of performing surgery, the child’s foot is manually aligned into its proper place using a variety of casts. In some cases, the procedure is successful within 20 days.

Treatment is supposed to start within a week of the infant’s birth when tendons are more elastic and correction for clubfoot is easiest. However, this method has also been used on older kids with some reporting that people can be successfully treated up to age 16.

MiracleFeet was founded by parents whose children suffered from clubfoot. This nonprofit is using The Ponseti Method to transform the lives of children born with clubfoot in developing countries all over the world. Its belief that healthy children add social, cultural and economic growth to their communities has fueled the organization’s desire to end this curable disability.

MiracleFeet partners with local healthcare services in developing nations to provide low-cost treatment and support for families affected by this deformity. They also provide innovative braces for children suffering from clubfoot to wear at night after receiving treatment.

They are determined to improve the health of these children who are living with a curable disability. MiracleFeet has already been successful in 25 countries, helping over 31,000 children at an average cost of $250 a child. Its current goal is to help 50,000 children by 2019.

MiracleFeet has helped many nations throughout Africa, Central and South America and Asia. Nepal is one country that has been touched by this organization. In 2004, Nepal had one clinic that practiced The Ponseti Method, The Hospital and Rehabilitation Center for Disabled Children (HRDC). This is still the leading provider of The Ponseti Method, having treated 3,721 children in its first ten years.

In June 2014, MiracleFeet opened The Lahan Clubfoot Clinic, one of their four clinics in Nepal. The Lahan Clinic is a joint operation between HRDC and MiracleFeet and was able to help almost 40 children within two months of opening. Now, MiracleFeet has helped 1,016 children in Nepal and is determined to keep working in the country.

MiracleFeet is not alone in its fight to combat clubfoot. It is also part of The Global Clubfoot Initiative (GCI) established in June 2017. The GCI envisions a world where no child suffers from clubfoot. Their Run Free 2030 program has a goal of providing at least 70 percent of children with clubfoot in developing countries access to treatment. They are working to provide education about clubfoot and support of The Ponseti Method all around the world.

With organizations like MiracleFeet and The Global Clubfoot Initiative providing greater access to treatment for children with clubfoot, it is possible to envision a world free of this disability in the future.