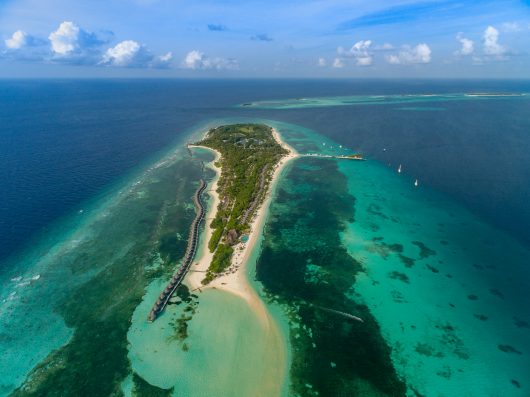 The Maldivian people could soon be forced into refugee status, not by an oppressive government or violence, but by such strong climate change that in its power, will create climate refugees.

The Asian Development Bank reported that the Maldives is “hardest hit by climate change,” even though it is one of the lowest CO2 emitting nations in the world.

At this moment, less ice covers the Arctic than at any other time in history and sea levels are rising at a steady rate. The UN Intergovernmental Panel on Climate Change assessed that the world is approaching 10-13 feet of sea level rise by the end of the century. At that kind of level, the Maldives would essentially disappear.

Sea level rise is not unforeseen. Since 1992 the world has seen an average increase of three inches in sea levels, with some areas experiencing up to nine inches. Those responsible have no excuse not to act.

Residents of the Maldive islands have started informal talks of mass migration of climate refugees to Australia, Sri Lanka and India. Additionally, the Maldives established a relocation fund to help its citizens buy land overseas as the government realized that the need to relocate will occur sooner rather than later.

The Maldives is not the only country seeking refuge in Australia. Tuvalu, located in Oceania, requested that Australia prepare for the arrival of 12,000 climate refugees from the island in the near future.

Some of Tuvalu’s people have already left the islands to seek stability elsewhere, making them climate refugees. The Maldives prepare to face this same future.

Already, many villages in the islands of Oceania have been destroyed by natural disasters, displacing communities and halting, sometimes ending, people’s lives.