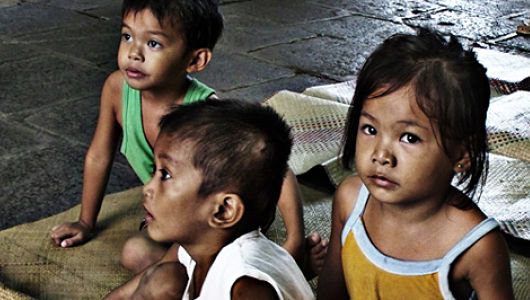 On September 2000 at the Millennium Summit, world UN leaders decided to enact the UN Millennium Declaration, a document which asked the world community to meet 8 goals by 2015. As 2015 is upon us, many countries are struggling to meet every goal, but there is no denying that this commitment was a good benchmark for development. Due to the goal’s relative success and the apparent need for more time, many in the international community have begun to developed a new set of goals called sustainable development goals (SDGs), which will allow countries to progress in a mildly regimented fashion. In order to assure world leaders that these goals are being met, the committee has developed a set of indicators which will track different contries’ progression as it rises from poverty.

The first sustainable development goal aims to eradicate extreme poverty—indicated by families who live on less than $1.25 per day—for all people, everywhere, by the year 2030. The proposed indicator for families living in extreme poverty is the percentage of the population living on less than $1.25 a day, disaggregated by the age of the population. This allows the committee and the global community to effectively measure how many children are affected by extreme poverty, and thus take action against it.

Another sustainable development goal will work toward reducing the number of men, women and children living in poverty by any and all of its definitions throughout the world by at least half by 2030. The committee has proposed to indicate this poverty by monitoring the percentage of children (ages 0-17) living below the poverty line and the percentage of children living under multidimensional poverty. This is a lofty goal but there are several task forces and global initiatives that have been enacted to combat this type of poverty.

The global community is finally realizing the importance role children play in world progress. Poverty affects families throughout the world, even in developed countries such as the U.S., where 1 in 8 children go hungry every day. By focusing on children, society is creating a much stronger future; children are the future leaders and decision makers of our world, and by improving their standard of living and providing them with better educations, we can create a world of well-educated, caring individuals.

By introducing child poverty indicators, the global community has created a definitive line, which marks the division between poverty and extreme poverty. In enacting these methods of measurement, it will soon become easier to identify which nations require more assistance and what exactly needs to be done. The sheer existence of such indicators shows the international communities’ heightened awareness of the impact children will have on our societies and the importance of a healthy childhood.

The Millennium Development Goals were the first step in a long path led by the United Nations, and they have helped the global community progress immensely. If we focus on sustainable development and allow society to progress in a ways that benefit everyone, including the environment, we can create a much happier, healthier and caring world.