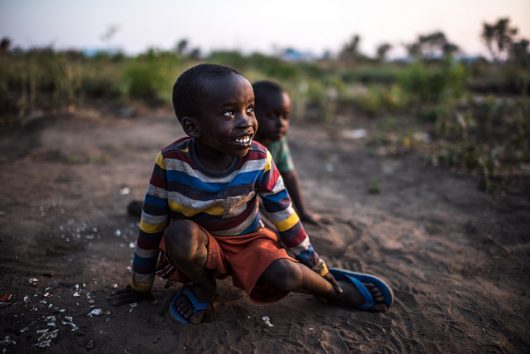 Muso trains local Malians to become community health workers, who then go door-to-door in both rural and urban areas of the country to seek out sick children and provide on-site treatment. The healthcare package that the organization provides includes treatment for malnutrition, malaria and diarrhea, as well as family planning information. For only $8 per year per person, this program is able to provide healthcare services to millions of Malians across the West African nation.

Most of the community healthcare workers are women, giving the organization its namesake. In Bambara, a lingua franca and the national language of Mali, “muso” means woman. A well-known Malian proverb reads, “If you educate a woman, you educate her family, her community and her entire country.”

The program has been operating since 2005 and has already shown very promising results. Scholars from the University of Harvard, University of Southern California San Francisco and the Malian Ministry of Health conducted a repeated cross-sectional survey of the intervention from 2008 to 2011. The study found that during the time period, there was a decline in child mortality rates in Mali (child defined here as those under five years old). The study also identified that malarial and febrile illness treatment had nearly doubled during the time of the study compared to the national rates prior to intervention.

It is important to note, however, that the study was not randomized, so researchers cannot definitively conclude that the outcomes are a direct result of the program.

“The leading causes of child death are curable, but they are exquisitely time sensitive”, says Muso founder Dr. Ari Johnson. The organization seeks to remove barriers, such as fiscal constraints, to allow easy access to healthcare in Mali and eliminate preventable deaths that are rooted in poverty.

This nonprofit is reducing child mortality rates in Mali through incredible public outreach. Since the program’s inauguration, Muso has completed 3.2 million home visits with 93 percent of patients being treated within 72 hours, providing comprehensive and rapid care.

Not only is Muso providing healthcare, but it is also working with government-run health services to improve their healthcare delivery. Government-run clinics have fees and lineups that often create delays in care. Muso eliminates these barriers by bringing the care to patients and freeing up space in government-based clinics for those who cannot be treated at home. In addition, Muso provides training, staff and infrastructure to the government clinics, allowing more Malians access to healthcare.

Muso is demonstrating how one nonprofit can aid in reducing child mortality rates in Mali through a unique model of healthcare delivery and is removing barriers to access for many Malians. It will be interesting to see how the organization continues to expand and improve their work in Mali.