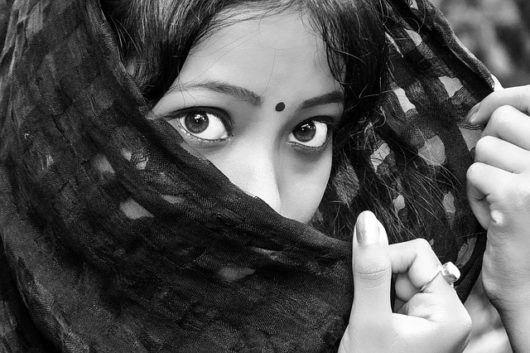 India is one of the countries with the highest rates of child marriage. Approximately 27 percent of women are married in the country by the time they turn 18. Out of the total of 29 states in India, the states of Bihar and Rajasthan lead the country with 69 percent and 65 percent of girls married under the legal age, respectively. The mean age when girls marry in these regions is only 16.6 years and more than 13 million girls in India remain child brides.

Causes of Child Marriage in India

The prevalence of child marriage in India is caused mainly by social traditions and poverty within many states. Young girls are often deemed an economic burden by their parents. The greatest expenses that families must bear are paying for education and housing and these expenses increase as a child gets older. To alleviate the economic pressure that female children create, they are transferred to a husband, that can be viewed as a guardian.

The rates of these unions have decreased in girls under 15 years of age, but have increased between in girls aged between 15 and 18. After the marriage, the male guardian becomes responsible for the female child. The child is often subjected to domestic violence and sexual abuse. Nearly 39 percent of husbands report either sexual or physical abuse toward their wives.

The health of the child is put at greater risk because of sexual violence. Girls between the ages of 15 and 19 are two times more likely to die in childbirth. The lack of protection also exposes them to sexually transmitted infections (STIs), including HIV/AIDS. Young women aged from 15 to 24 years are 44 percent more likely to contract HIV/AIDS than men from the same age group. This is due to many factors including lack of access to adequate health care services and inter-partner violence resulting in unsafe sex.

In addition, these child brides have less educational opportunities than girls who are not subjected to early marriages. They are directly correlated due to the fact that new brides are expected to be mothers and homemakers. This relationship goes both ways, as girls who have access to secondary and higher education are three times less likely to marry by the age of 18.

India itself only reports that 27 percent of girls were married in the country by the time they are 18. This percentage has decreased from 50 percent in the last decade. India lowered child marriage rates drastically with new legislation. The country began improving the situation in 2006 with the Prohibition of Child Marriage Act. This act outlawed marriage in girls below the age of 18 and boys under the age of 21.

However, this act has had negative effects on the regulation of child marriage. Marriages in states like Bihar and Rajasthan are more of a social construct rather than a matter of legal documentation. The rates of child marriage remain high in these regions due to cohabitation of an older male guardian and a female child. This cohabitation is usually accompanied by a ceremony declaring martial union without registering it with the state.

It is much more difficult to regulate cohabitation, but the country drafted legislation to prevent this type of union. In 2013, the National Action Plan to Prevent Child Marriage was introduced nationally. This strategy aims to effectively end child marriage in India and make it a child protection issue. While the act is not yet finalized, as of 2017, men can be held legally accountable if they are involved in child marriages. India’s Supreme Court ruled that sex with an underage wife is considered rape. This offers an opportunity to regulate child marriage, even when it is performed as a social exchange without official documentation.

Moreover, India has joined the South Asian Initiative to End Violence against Child Marriage and UNICEF’s Global Programme to Accelerate Action to End Child Marriage. The country is making great strides to prevent this violation of human rights.

When the state fails to protect the children, the women of India rise up. An activist grassroots movement of boycotting underage marriages has been incredibly effective. Over 100 Women Peer Groups are set up across five rural Indian states. These independent groups and individuals work to stop marriages in person, lobby for legislation against child marriage and improve resources for children that find themselves in these situations. Malti Tudu is one of the members of these groups that now comprise of over 2,800 women dedicated to ending illegal unions.

Child marriage is a definitive issue that the Indian government is focusing on. Through new legislation and governmental strategies, along with the aid of grassroots movements, the country can effectively create a safe landscape for children, especially young girls, to grow in.