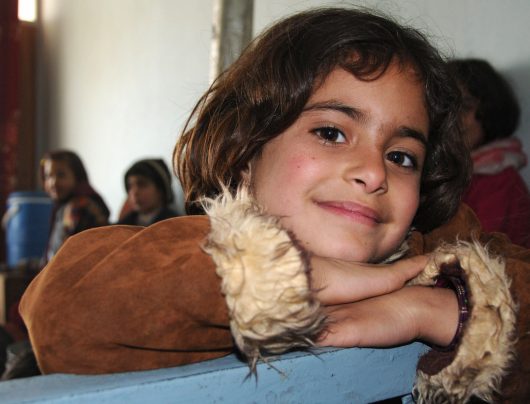 Child marriage in Afghanistan is so common that over 30% of all girls are married before the age of 18. This disturbing figure bears more than a cursory glance. Aside from causing immense emotional and physical duress for child brides, the practice also massively hinders the girls’ ability to access education.

These figures speak to the fact that child marriage is not a phenomenon of any one race or religion. It has developed independently around the world, often for financial benefit or social mobility. However, in all cases, the effects on young girls have been devastating.

Other factors created by a highly patriarchal society must be taken into consideration. Nevertheless, marrying off girls at a young age has an undeniable influence on their education.

The clearest way that child marriage affects female education is by causing girls to drop out of school in preparation for marriage or pregnancy.

This choice reflects a larger mentality where education for females is considered less valuable than marriage — a far more lucrative venture for families that consider their daughters to be liabilities. Once the girl is married, it can be hard for her to return to school, since she now has a family that takes up most of her time.

Girls Not Brides, an organization focused on ending child marriage states that girls with no education are three times as likely to marry by 18 as those with secondary or higher education.

In addition, over 60 percent of women ages 20-24 with no education were married before 18. Clearly, education is both a catalyst for and a consequence of lowered rates of child marriage.

Educating girls at the secondary school level equips them with the ability to recognize when and whom they want to marry. It also ensures that they have skills that make them self-reliant financially and emotionally.

The mere practice of being in school also furthers the perception that girls are still too young to be married and must invest their time in learning instead of child rearing.

Child marriage in Afghanistan is a direct result of poverty, strong patriarchal values, lack of access to education and cultural practices. All of these factors could be prevented by increasing female participation in schooling, as not only would girls be immediately affected; their qualifications would also allow them to later have a voice in decision making.