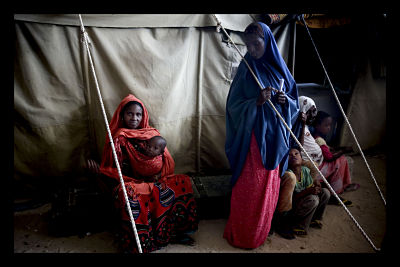 The Center for Civilians in Conflict is a non-profit organization that advocates for civilians threatened by armed conflicts around the world. The organization was founded in 2003 by Marla Ruzicka, an American political activist and aid worker who was concerned about the wellbeing of civilians who were indirectly harmed by U.S. bombs in the War on Terror.

Originally titled the Campaign for Innocent Victims in Conflict (CIVIC), Ruzicka’s startup received funding from the U.S. government to conduct aid operations specifically targeting hurting civilians in Iraq and Afghanistan. Ruzicka’s life tragically came to an end in April 2005 when she was killed by the blast from a suicide bomb in Baghdad. Since Ruzicka’s death, the Center for Civilians in Conflict (the new name of the organization as of 2012) has broadened its horizons to countries outside of Afghanistan and Iraq to further the legacy of an extraordinary humanitarian.

Today, the Center for Civilians in Conflict operates in Mali, Libya, Pakistan, Syria, and Somalia, in addition to Iraq and Afghanistan. The main areas of the Center’s work are these parts of the world that can be characterized as “conflict zones.”  Civilians who are threatened by a conflict are interviewed by CCC volunteers and the grievances of these civilians are documented and brought to the attention of the warring parties or military groups involved.

In January 2013 the Center assembled a roundtable of experts to analyze the outcome of U.S. military involvement in the Syrian civil war. The specialists utilized data collected from interviews from CCC field missions in Syria, Lebanon, Turkey, and Jordan in 2012. The interviewers obtained information from a large number of sources including “leaders of the political and armed opposition, Syrian army defectors, UN agencies, local and international NGO staff, government and military officials, lawmakers, diplomats, doctors and nurses, journalists, civil society activists, and religious leaders.”

The panel concluded that a five-point plan of action must be instituted by the US military if they chose to become involved in Syria. This is only one example of the thorough way in which the Center for Civilians in Conflict contributes to the protection of innocent civilians in conflict zones.

According to the organization’s website, the Center for Civilians in Conflict identifies themselves as “advocates and advisers creating policies and practices to make warring parties more responsible to civilians before, during, and after combat operations.”  This expectation of “responsibility” on the part of the perpetrators is one of the hallmarks of CCC, making it an effective and singular champion for noncombatant victims of war.

Where is the Worst Poverty in the World? Grand Challenges Explorations Initiatives
Scroll to top