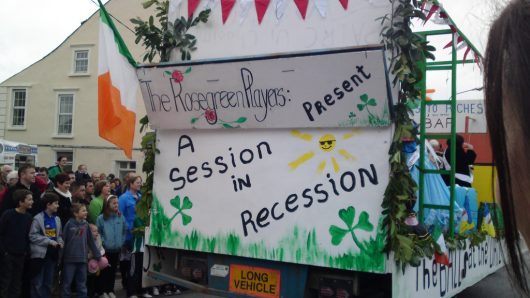 Despite its industrious, tech-based economy, Ireland is experiencing a national poverty epidemic. The developed country has an estimated total of 750,000 of its citizens living in poverty. The triggers behind the causes of poverty in Ireland stem from the nation’s 2008 recession. In addition, the majority of its citizens are dependent on government aid, and the growing wage gap between socioeconomic classes provides even more instability.

Ireland’s recession has had lasting effects on the welfare of the Irish people. Every year after the recession, Ireland’s poverty rate has consistently escalated. This has left many Irish citizens without the means to purchase basic goods and services, such as heat or clothing. Another reason why the recession is one of the most impactful causes of poverty in Ireland is due to the prior economic history of a rapidly increasing population during its economic heyday. Without the booming economy of the 1990s, Ireland now lacks the economic vitality to provide for its new wave of citizens.

Without social welfare, 50.7% of the Irish people would be at risk of poverty. This form of governmental aid is crucial in protecting Ireland’s most vulnerable, such as children, the elderly and the homeless. However, Ireland’s welfare programs have practically reached a breaking point. According to Fianna Fáil TD, the Irish Republican political party, “It’s an awful waste of taxpayers’ money… It’s not working.” While the social welfare system in Ireland has somewhat prevented the spread of poverty, it is necessary to lessen the heavy dependence on government aid. This will, in turn, reduce the financial burden on Ireland’s government.

The economic growth in Ireland has earned its place in several international markets while providing jobs, which have lessened the burden of social welfare. However, the unequal distribution of wealth that followed economic development continues to cause class division. Pro-poor growth strategies must address the widening wage gap before it becomes even more extreme.

Although these causes of poverty in Ireland will require years of effort, solutions for the economic crisis are already underway. According to the Irish Times, “The numbers at risk of poverty—those earning 60 percent of median incomes—fell from 16.5% in 2012 to 15.2% in 2013… Moves to protect core welfare rates and restore cuts may halt the growth of poverty and begin to reduce it.”

Additionally, the government is currently working on an improved plan of action to tackle poverty in Ireland. They plan to create equity in social welfare rates, introduce a Basic Income system and make tax credits refundable.