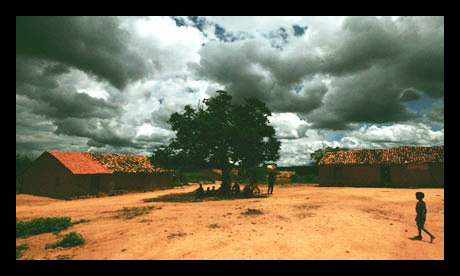 Former Brazilian president Inácio Lula da Silva, during an international conference in Addis Ababa last week, claimed that hunger can be eliminated in African countries by 2025. However, he said, in order to do so subsistence agriculture must be abolished.

Lula’s claim is based on the success of his own country enjoyed through the Fome Zero (Zero Hunger) program. Under his eight-year presidency, the economy of Brazil averaged an annual growth rate of 5%, whilst simultaneously reducing poverty levels drastically with 20 million brought out of extreme poverty, and creating 20 million jobs. Small-scale farmers were given access to seed and credit, and 50 million people benefitted from a cash transfer scheme.

In order to replicate this success, Lula says that national policy will have to change to reflect the commitment to eliminating hunger and poverty. This means a change in the approach to support given to those in poverty. This support must be viewed as an investment rather than an expense. By giving subsistence farmers access to modern technology and machinery, and educating and encouraging them to produce, small-scale farming can be transformed to create excess crops for farmers to sell.

In speaking of the potential to emulate the Brazilian model, Lula targeted African leaders for designing good policies on paper but failing to implement them and truly improve the quality of life of their citizens. He said, “We failed to include the poor in our national budget. Any financial support to politicians and the rich in society is regarded as an investment yet when funds are geared towards the poor and the eradication of hunger, it is christened as spending.”

Lula’s remarks were made at a conference entitled “Toward African Renaissance: Renewed Partnership for a Unified Approach to End Hunger in Africa by 2025.” The conference concluded with a declaration, reaffirming government commitments and encouraging greater partnership between governments, the private sector, and civil society. Additionally, a commitment was renewed to the Comprehensive Africa Agriculture Development Program (CAADP), an initiative that calls for African governments to commit 10% of their budget to invest in agriculture and increase agricultural productivity by 6%.

Source: The Guardian, My Joy Online