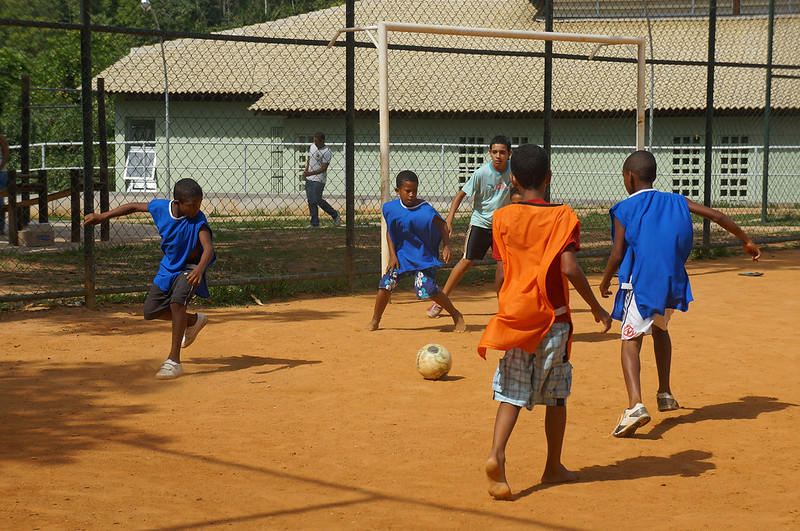 The world wastes about 1.3 billion tons of food fit for human consumption, according to a 2020 World Food Programme (WFP) article. Meanwhile, many global citizens, young and old, struggle to secure enough food to sustain themselves on a daily basis. This is a difficult and localized reality prevalent in many communities throughout Brazil. The Brazilian government implements the Brazilian National School Feeding Program to address hunger among schoolchildren.

A 2020 article from the WFP USA explains that society perpetuates food waste in one of two ways. Either excess eatables are disposed of at businesses like hotels and restaurants (typical of high-income countries) or farm-grown produce is otherwise ruined in the process of taking it from field to plate (more common in low-income countries). In Brazil, both of these situations are commonplace.

Providing food to children, in particular, is a task that fell by the wayside in the wake of the COVID-19 pandemic. In 2020, 15% of Brazilian households endured hunger. School closures due to the pandemic cut off Brazilian children’s access to meals provided by school feeding programs. In 2021, The New York Times reported that “Children, many of whom have been out of school for over a year, beg for food outside supermarkets and restaurants” in Brazil. These circumstances highlight the critical role of school feeding programs in poverty-stricken nations.

For several decades, the Brazilian government and related organizations have strategically worked to improve meals for schoolchildren. While, initially, this entailed offering enough food to keep students coming to school, it now focuses on an equally important facet of diet — nutrition.

In 1954, with the goal of feeding students in Brazil, Brazil established the Brazilian National School Feeding Program (PNAE). The program, which remains active and important to the Brazilian education system to this day, supports 40 million students or more. It supplies meals on a daily basis to these students, now drawing on the expertise of more than 8,000 nutritionists for better dietary protocol.

In modern-day Brazil, the law mandates that a minimum of 30% of the eatables in school feeding programs must come from small-scale farmers. It is also preferred that feeding programs acquire such produce from local businesses rather than acquiring produce from more distant sources. The meals within these programs are based on menus designed by nutritionists to ensure necessary developmental nutrition and efficient use of local food sources.

Observances such as these are part of a movement within the program in more recent years attempting to curb health complications in juveniles. In the early 2000s, obesity became one of the main pitfalls associated with Brazil’s Zero Hunger Program, an endeavor that the PNAE became part of in 2003. In 2016, a third of Brazilian children between 5 and 9 fell in the overweight category of body mass.

Since then, the PNAE has adjusted its feeding strategy to address this dilemma. The PNAE now gives precedence to fresh fruit and vegetables, rather than foods high in sugar. Overall, the PNAE places an emphasis on nutrition rather than just the sheer quantity of food offered to schoolchildren.

Digital Engagement for the PNAE Community

In addition to making better nutrition decisions while feeding students in Brazil, the PNAE has also put time and effort into providing a means for digital community engagement. The ePNAE app helps teachers, nutritionists, parents of students and the children themselves to look at menu options throughout the country.

This social app, according to the Government of Brazil, “allows you to monitor the data on the transfer of funds to each school and assess the quality of school meals in your region.” The mainstream application, available through the Play Store and App Store, also offers a number of “healthy eating tips.” In this way, the ePNAE app itself helps educate parents and students on the importance of nutrition.

The PNAE, as one of the largest school feeding programs globally, successfully improved its strategy for feeding students in Brazil. Inspired by the PNAE’s successes, other nations looking to promote similar programs study and implement its modus operandi.

The Monkeypox Outbreak in AfricaCancer Care in India
Scroll to top