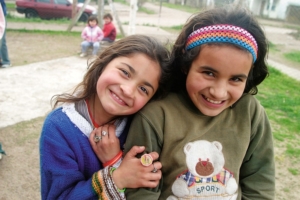 Economic consequences from the COVID-19 pandemic and supply chain shortages have ramped up inflation in Argentina to record levels. At its peak, economists estimated that inflation in Argentina reached a 60% increase since the beginning of the pandemic. The rapid deflation of the peso pushed about 37.7% of the population of Argentina below the poverty line by significantly reducing their purchasing power, signaling a serious economic crisis. The adoption of bitcoin in Argentina is helping people to fight against inflation and poverty.

Bitcoin in the Developing World

In recent years, many developing nations have turned to bitcoin for a couple of different reasons. First, bitcoin is decentralized, meaning that international organizations like the International Monetary Fund (IMF) do not regulate it. Second, bitcoin is highly effective at containing inflation and is a relatively steady asset as opposed to standard market investments and savings.

The cryptocurrency penetration rate in Argentina has reached 12%, Cointelegraph reported. This is more than double most other countries in Latin America. Due to the success of bitcoin in Argentina, the central bank motioned to forbid financial institutions from operating with digital assets.

The IMF and the World Bank claimed that cryptocurrency in developing countries is dangerous, because it opens doors for money laundering and economic volatility, according to Politico. Bitcoin is also an environmental hazard. “If Bitcoin were a country, it would be among the top 30 energy users in the world,” Foreign Policy reported. This means that as bitcoin increases in popularity around the world, it could harm the environment and worsen changing weather patterns.

The Key to Sustainable Global Development

Many economists believe that bitcoin and other forms of cryptocurrency hold the key to sustainable global development. This would be particularly beneficial to the world’s poorest nations and communities. Decentralized finance allows people to build entire financial ecosystems without intervention from world banks, according to Foreign Policy. Because of decentralized financial blockchains, people across the world have broader access to capital and can easily and securely transfer money.

People in the developing world usually experience exclusion from modern cryptocurrency systems due to their technological complexities and the necessity of online financial literacy. Because of this, the expansion of bitcoin in Argentina and other developing nations marks a victory in the fight against global poverty.

One of the greatest advantages that bitcoin offers to a country like Argentina is that it can provide a “financial identity” to people who have not had access to financial institutions like banks. As of 2022, 1.7 billion people across the world lack access to modern financial services, according to Foreign Policy. Therefore, providing access to financial assets is a priority in the fight for global development.

Bitcoin as a Method of Reducing Poverty and Inflation

The success of bitcoin in Argentina and other developing nations is catching attention around the world, particularly from the federal governments of rich countries like the United States and global organizations like the IMF. The IMF and the World Bank are actively working to prevent countries like Argentina from adopting bitcoin as a legitimate form of national currency. However, their efforts are failing because multiple countries in the Central African States, as well as El Salvador, have already motioned to adopt Bitcoin as a national currency, according to Politico.

While Argentina has not yet officially adopted bitcoin, the nation is experiencing significant economic growth and optimism for the reduction of the alarmingly high poverty rate. As economic complications from the pandemic and global conflicts increase, many countries in the developing world are finding significant successes in financial systems that have traditionally only benefitted rich nations.