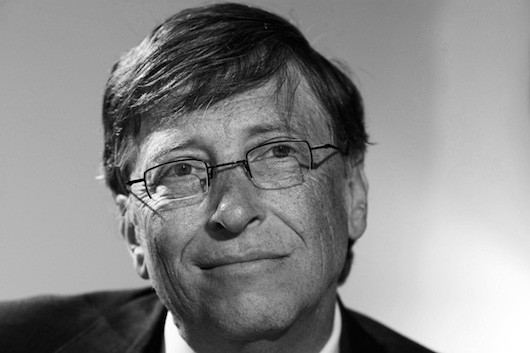 Dropping oil prices and tightening budgets across nations in the Gulf are making it difficult to raise money for charity causes. But Bill Gates, with a growing culture of philanthropy in the region, is hoping to attract wealthy regional donors with the Anti-Poverty Campaign.

By visiting the region, Gates, the co-founder of Microsoft and a well-known philanthropist, is actively seeking donations toward his foundation’s $2.5 billion ‘Lives and Livelihood Fund.’ The fund is philanthropy which aims to reduce poverty and disease across 30 countries in the Middle East, Africa and Asia.

The Lives and Livelihood Fund is a joint project with the Jeddah-based Islamic Development Bank (IDB). Launched in June, the IDB and the Bill and Melinda Gates Foundation formally announced the $500 million grant facility.

Through the innovative facility, IDB, the Gates Foundation and potential future donors will support over five years of poverty-focused programs worth $2.5 billion in primary healthcare, disease control, smallholder agriculture and basic rural infrastructure in IDB member countries, with a special focus on low-income countries.

At the launch, Gates appealed to donors saying, “we now have a once-in-a-lifetime opportunity to improve the quality of life for each of the nearly 2 billion people living in the bank’s member countries. It is an honor to join you in this historic effort.”

Speaking in the United Arab Emirates during an interview with Reuters, Gates said, “Certainly the price of oil means that these countries are having to prioritize both domestic and international things they do. It would be easier if oil was $100 a barrel.”

Despite this, “Philanthropy is growing here and every time I come to the region I get a chance to sit and talk with people who are considering giving and I hear a lot of enthusiasm,” Gates said.

According to Gates, the anti-poverty campaign has several key partners in the region. Saudi Prince Alwaleed bin Talal is one such partner.

Back in July, the prince said he would gradually donate his entire $32 billion fortune to charities that promote health, disease eradication, disaster relief and women’s rights.

Large-scale donations like these could mark a new trend among the Gulf’s wealthiest. The changes that could come as a result of their generosity are promising, to say the least.