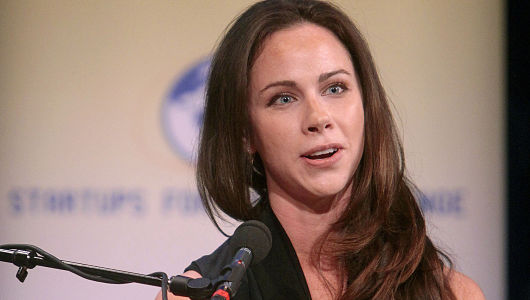 Former President George W. Bush is remembered for his efforts to combat AIDS in Africa during his time in the Oval Office, but, as it turns out, he isn’t the only Bush with a passion for global health.

It was on a trip with her father to Uganda in 2003 that Barbara Bush, the elder of the former president’s twin daughters, was shocked by the toll AIDS was taking on population and the health inequality in the country.

One of the 43rd president’s lasting legacies is his creation of the U.S. President’s Emergency Plan for AIDS Relief (PEPFAR), which as of September of last year had supported life-saving treatment for seven point seven million people with the virus, in addition to helping provide over 56.7 million people with testing and counseling.

After graduating from Yale with a humanities degree in 2004, Barbara worked at the Red Cross Children’s Hospital in Capetown, South Africa, where she frequently worked with kids with AIDS, before returning to the United States to try to mobilize the global health movement and get more people involved.

The end result was she and five friends creating Global Health Corps, which she became chief executive of at the age of 26. The organization gives young professionals the chance to work at the front of the fight for global health equity and places fellows in Burundi, Malawi, Rwanda, Uganda, the United States, and Zambia.

According to Global Health Corps website, the goal of the organization is “to mobilize a global community of emerging leaders to build the movement for health equity.” The website also says that health is a human right.

Fellows are placed with organizations, such as Partners in Health, in either of the two continents, where two fellows work together for a year. One fellow is from the host country, whereas the second is from abroad.

For example, young professionals with expertise in logistics worked to improve drug access in Tanzania by working on the supply chain. In Rwanda, architects designed medical clinics with less airflow, making it less likely that those with tuberculosis would infect others.

Today, Global Health Corps is booming, receiving praise from health professionals around the world. In addition, the organization gets around 6,000 applications a year for fewer than 150 fellows positions.