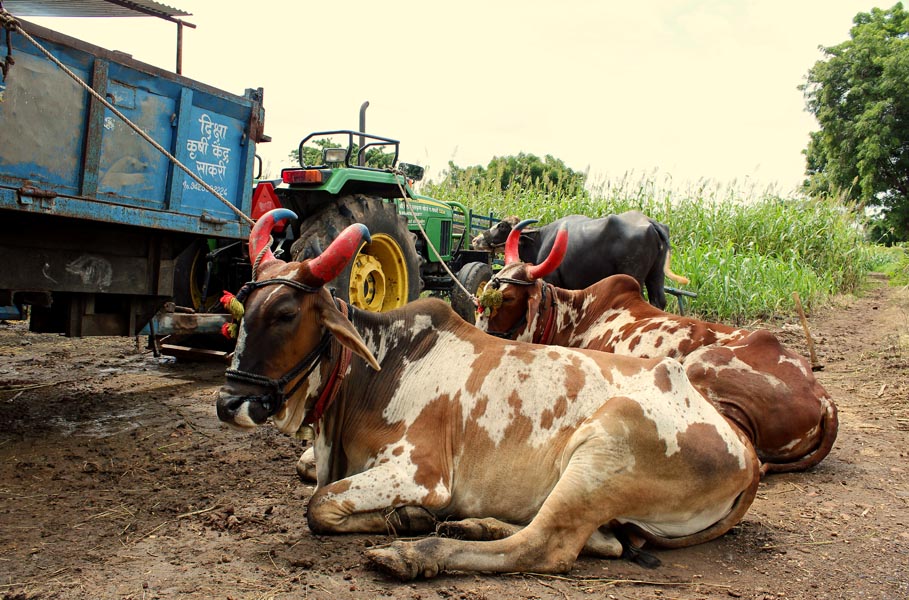 Earlier this year, the government of Maharashtra, India, decided to ban bullock and bull slaughter. The slaughtering of cows, which are considered to be sacred in Hinduism, had already been prohibited since 1976. This new law has faced opposition from many sectors of society that claim it destroys businesses, makes farmers’ livelihoods more vulnerable, and hurts the very animals it hopes to protect.

Another argument against the law is that is promotes Hindu extremist interests over the nation’s secular principles. The Bharatiya Janata Party (BJP), the force behind the new law, argues instead that it protects religious beliefs. However, even one of the BJP’s strongest allies, the Republican Party of India (RPI), has expressed discontent with the law.

Farmers from the state have protested that banning bull slaughter means they can no longer sell their old animals that have outlived their usefulness. Many farmers count on the money made from the sale to pay back loans. In India, where huge numbers of farmer suicides have been a pressing concern, the new law has made farmers’ limited sources of income more precarious.

Some people have even argued that the law will lead to farmers simply abandoning their cattle because they cannot afford to look after them. They will be left on the streets to starve and die, or be smuggled in terrible conditions to Bangladesh, where they will be slaughtered. The very purpose of the law—to protect bulls—would be left unfulfilled.

The law has also eliminated the only type of meat poor people can afford. In India, beef is commonly called the “poor mans’ protein,” as it is much cheaper than mutton or chicken. Buffalo meat, while still legal, is predicted to become more expensive because of a lack of alternatives. In a country where more than half of children under five are malnourished, this ban is feared to increase rates of starvation and sickness.

Specific castes have also been negatively affected. The Qureshis, a Muslim community that has been synonymous with bull slaughter for generations, can no longer practice the only livelihood they know.

The Dharavi leather market has also lost its bearings. Dharavi, one of the biggest slums in Asia, obtained much of its income from its once-thriving leather industry, where workers would make wallets, belts, jackets and handbags. Now, hundreds of workers have been left jobless.