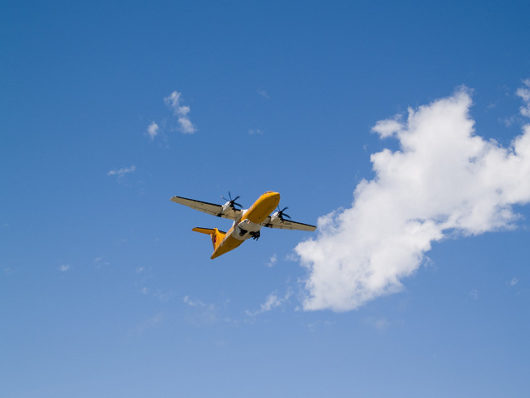 Accounting for just 3 percent of the world’s total travelers, the aviation industry in Africa is poised for tremendous growth as the booming middle-class demand for air travel constantly increases. As governments from various African countries work to grow this industry, they bring opportunities for foreign investment with it as well as economic growth and job creation across industries.

Since Africa has always been known as the world’s poorest continent, the growth of the economy in this sector can bring much-needed improvements to eradicating the poverty of the population.

Out of the countries with rapid growth in the aviation industry in Africa, Ethiopia and Kenya have proven determined to make air travel a primary focus on economic improvement.

In the years leading up to Ethiopia’s recent turn to privatization of various industries with the goal of increasing foreign and domestic investment, Ethiopian Airlines, the country’s national flag carrier, has quadrupled its passenger count, detailed plans to vastly expand destinations and announced a massive overhaul of their terminal in Addis Ababa Bole International Airport.

Seeking to enter into the competition of African air travel, Kenya Airways has made a goal to increase its presence within Africa and across the globe. The national flag carrier of Kenya has also followed Ethiopian Airlines’ example and has reopened flights to conflict-plagued Mogadishu, looking to benefit from trade possibilities with Somalia.

Besides Ethiopia and Kenya, various other African countries, seeing the success of these countries and possibilities for themselves are determined to expand their aviation industries, thereby boosting investment and global presence.

While the effects of growth in the aviation industry in Africa are obvious for that sector, the growth in other markets cannot be understated.

As airlines in Africa become more affordable and plentiful for Africans and connect more diverse destinations for foreigners, the prospects for trans-continental and foreign tourism increase greatly. The more tourism a country can offer, the more workers in that industry are needed which increases job opportunities.

Similarly, as African airlines reach more destinations at more competitive prices, the potential for trade within Africa and abroad are heightened. In the past, airplanes carrying goods for trade have not been able to reach many of their destinations directly. Instead, they need to transfer at one of the larger air travel hubs that are often well out of the way, increasing costs. With increased destinations, a trade will become more profitable, improving the economies of both the country selling and the country buying the goods.

Airline companies around the world are noticing that Africa is having the most potential for growth in the global aviation industry. With one of the fastest growing tech sectors in the world, a rapidly growing population, large percent of middle-class population and changes in trade policy opening up possibilities for global exports, African demand for air travel will rise exponentially in the coming decades.

If African countries’ governments invest in increasing their national carriers’ fleets and renovate airports, it will not only make air travel more convenient for casual flyers but will also incentivize investors to visit and support local markets.

The aviation industry in Africa is undergoing massive overhauls as governments, investors and citizens realize the value of efficient and forward-thinking air travel. Growth in this market has the potential to have a huge impact on the development of African economies and allow them to compete on the global stage. With the development of economies, a decrease in poverty will surely follow.