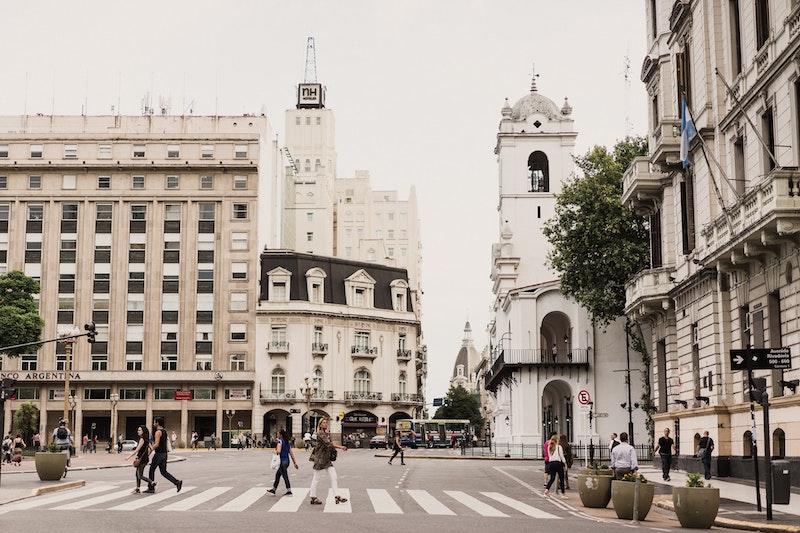 What is the Dolar Blue?

The “Dolar Blue” is the unofficial rate of buying or selling physical United States dollars (USD) in an unofficial financial market in exchange for Argentine pesos. The transactions occur without the assistance of a banking institution or government oversight. Many transactions for Argentina’s informal peso occur right in storefronts or in the street.

In October 2021, the exchange rate hit 195 pesos per one USD. The exchange rate is typically greatly valued because this trade rate results in more pesos to the dollars for tourists and vice versa for those looking to use pesos.

In 2019, the Argentine peso lost value during an economic crisis due to suspending debt payments while the debt continues to climb for Argentina. The government had to act quickly to stabilize the peso. Since then, the Argentine government has slowly placed restrictions on the dolar blue to prevent any weakening of the formal peso.

What is a Country’s Risk Rating?

A risk rating is the measurement of the potential for non-payments on international loans that companies made to companies within the country being rated or to the countries themselves. It is the measurement to see how close a country is to defaulting on loans. Typically, the factors that lead to an increased risk rating are out of a countries’ control. However, the risk rating is the calculated risk that international businesses would undertake when dealing with the measured country. The higher the number, the greater the chances of business deals collapsing.

As Reuters reported, the risk rating for Argentina expanded 19 points when Argentina’s informal peso reached its all-time high of 1,672. It is essentially Argentina’s credit rating, but the higher the number, the lower the chance for foreign investment opportunities. This new risk rating could lead international companies or loan businesses to avoid working in Argentina or setting up loans there.

Without additional investment, the job market could have few opportunities to develop new jobs. There is little chance that unemployment rates could decrease.

Why Did this Economic Crash Happen and What Does this Mean for Argentina?

The two main factors causing the current economic crash are the country’s upcoming elections and growing inflation. The majority of surveyed Argentineans’ stated that their largest concern was the economy. Argentina has a history of economic downturn during periods of change in political leadership and growing economic fears. Argentina’s informal peso and formal peso have fallen in the past during periods similar to what the nation is experiencing now.

Argentineans in poverty are struggling with the prices of necessities and with inflation. This is impacting both formal and informal pesos and the outlook is dour, according to The New York Times. Argentina’s informal peso brought tourists and new businesses to the country to support local Argentine companies and operations. With a destabilized and devalued the informal peso, more Argentineans are at risk of losing income. The devaluation of Argentina’s informal peso and widening country risk signals a long way to go before returning to a stable economy.

Is the Outlook Truly Grim?

The outlook is not entirely dismal. As grim as things look for Argentina economically, there are ways forward with the devalued informal peso.

In September 2021, Argentina reported economic growth. The poverty rate decreased slightly, which came as a pleasant surprise to many. In the first half of 2021, the poverty rate decreased to 42% and shows signs of continuing to decrease. Many did not expect the growth, given the difficulties of the COVID-19 pandemic. However, the growth signals that there is a chance for improvement despite the downturn of the peso and the risk rating.

After the 2021 November elections, there is a good chance for economic recovery and stabilization. Argentina’s informal peso could recover and the risk rating could decrease. The economy could revitalize with new business and partnerships.

Argentina has faced economic issues for several years, but they are not alone and receive help from many organizations, including The Working World (TWW). Brendan Martin founded TWW after witnessing the result of the Argentinean economic difficulties. The efforts on the ground that individuals made to start businesses and launch democratically operated businesses boosted the economy, and TWW decided to continue supporting this trend.

TWW works by partnering with businesses interested in furthering their workers’ rights to make decision-making processes more equitable. The organization designs loan packages to give the loans to pre-set projects that are in the hands of workers and repayment requires minimal interest.

TWW is a registered nonprofit organization in both the United States and Argentina. It understands the various currencies in Argentina, the exchange rates and the impacts both have on the Argentine economy.

Around the time TWW formed in Argentina and began democratizing businesses and stabilizing the workforce, the informal and formal peso stabilized in the exchange rates. Since then, TWW has expanded operations to more countries to transplant these business models and provide job security in countries. One example is Nicaragua or areas hit that hurricanes hit in the U.S. while maintaining some operations in Argentina.

TWW’s work has been invaluable in stabilizing the economy and workforce. The economic difficulties that inflation and political instability caused are manageable, largely because of nongovernmental organizations like The Working World.