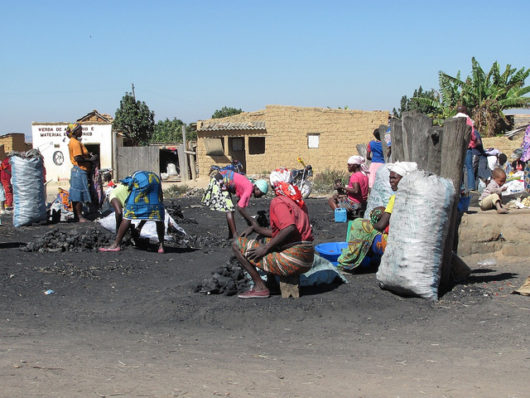 The latest story in a seemingly endless news cycle about violence and mining in central Africa focuses on the neighboring countries of Angola and The DRC (the Democratic Republic of the Congo). Both countries are mineral rich, but this story, along with many others, is rooted in the poverty that resulted from the exploitation of these resources by Western countries.

The Violence Between Angola and the DRC

How did Angola come to host such vast numbers of DRC migrants and refugees that a humanitarian crisis was possible? In recent years, many Congolese diamond miners have crossed the border between Angola and the DRC to take advantage of Angola’s mining industry. In the DRC, the supply chain and mines are more government regulated, creating a lower profit margin for miners. Apparently, Angola’s president, João Lourenço, recently decided that, because the government was not financially benefitting from these migrations, the Congolese must leave.

This has catalyzed a series of violent expulsions by Angola’s military and police about which The United Nations High Commissioner of Refugees (UNCHR) has expressed concern. Congolese have been murdered, raped, looted, burned out of their homes, separated from their children and stranded. The Kasai Province of the DRC, which is on the country’s northeastern border with Angola, has become overcrowded with more than 200,00 of expelled migrants. The UNCHR cautions that such an influx to an already unstable region could cause a humanitarian crisis.

A Brief History of Angola

Angola and the DRC have similar, intertwined stories of colonial rule, civil wars and poverty that have been integral in creating the current problem. The Portuguese established a settlement at Luanda Bay in 1576, which eventually became the colony of Angola. Wealth from natural resources desired in the West and the Portuguese involvement in the Atlantic slave trade fueled the colony at the expense of its native people.

A revolution in Portugal allowed Angolans to gain its independence in 1975. However, leaders of different nationalist movements within Angola clashed, leading to a civil war that, with some interludes, ravished the country from 1975 to 2002 with an estimated 1.5 million Angolan lives lost and another 4 million Angolans displaced.

While the end of the civil war allowed Angola to focus on harnessing its natural resources, the country’s history still manifests in extreme poverty. The improving economy has mostly benefitted the wealthy while 20 percent of the population remains unemployed and five million Angolans live in slum conditions.

The diamond mining industry that the economy depends on was originally created for European gain, meaning that safety standards for Angolans were never established. In Africa as a whole, an estimated one million miners earn less than one dollar a day, a wage below the extreme poverty line. Besides having few wage or labor regulations in Angola, an estimated 46 percent of miners are between the ages of five and 16. It is a sad irony that the industry the economy needs fuels poverty and oppression.

A Brief History of the DRC

Angola and the DRC have followed a similar developmental pattern, and therefore, experience poverty similarly. The DRC has also progressed from colonial rule to civil wars and violence, creating poverty that manifests in a growing gap between the rich and poor and an economy based on unjust mining conditions. This led to the violence and conflict between the two countries that are so prevalent in the current news cycle.

The area that now constitutes the DRC dates back to The Berlin West African Conference in 1884-45, where the Great Powers of Europe at the time officially divided the land, making their own colonial boundaries that ignored tribal and ethnic distinctions. After the division, Belgium’s King Leopold II officially began exploiting the DRC’s natural resources and its inhabitants with slave labor.

The DRC became independent in 1960. However, the instability of the new government and continued attempts of outside involvement from Belgium led to the Congo Crisis, essentially five years of violence and political instability. Another civil war, involving Angola and most of the surrounding area in what some term Africa’s World War, consumed the region from 1997-2003.

Because these wars were rooted in the colonial past, infrastructure and stability were lacking. An estimated six out of seven people in the DRC live on less than $1.25 a day. Approximately 2.9 million Congolese have been internally displaced by the violence. Since Belgium focused on the abundant natural resources, jobs like mining became the main vocation for Congolese. Additionally, Belgium neglected to oversee education in the DRC, leaving many unequipped for jobs outside the mines. The DRC once supplied a fourth of the world’s diamond supply, but that number has dropped significantly in recent years, in favor of other resources like cobalt, leaving the remaining diamond miners even less prosperous.

Interconnected Poverty Between Angola and the DRC

Angola and the DRC have become linked as these DRC miners seek opportunities across the border. The countries’ colonial pasts have made them dependent on natural resources as part of their attempts to combat poverty and recover from civil war. But, in this case, attempts to financially recover have led to more violence as both the Angolan government and the DRC’s miners strive to earn enough money from diamond sales.

There is a political undercurrent as well due to the DRC’s President Joseph Kabila’s refusal to step down since his maximum constitutional mandate ended in 2016. Interconnected government concerns due to the close proximity and a historical tendency for government conflict to become violent have been part of Angola and the DRC’s relationship for years.

In Africa’s World War, Angola supported a rebel coalition that removed DRC military dictator Mobutu Sese Seko from power in 1997, assisted the DRC in combating rebel movements from Rwanda and Uganda in 1998 and supported President Joseph Kabila at the start of his term. This war caused many refugees to seek asylum in Angola in the first place, and fear of another such conflict if Kabila does not step down, seems to be reverberating in the current violent expulsion.

However, based on the economic growth seen since the war’s end, the potential exists for two countries to improve their poverty rates. Angola has seen an average annual Gross Domestic Product (GDP) increase of 8.68 percent with the help of foreign investment and high oil prices. Although in the past two years there have been GDP decreases, the overall trend is positive. The DRC’s GDP has also averaged increases since 2002, although it has fluctuated more. These growth rates reveal hope for those living in poverty in Angola and the DRC if the governments can avoid further violence and instability and begin to combat gaps between the rich and poor.