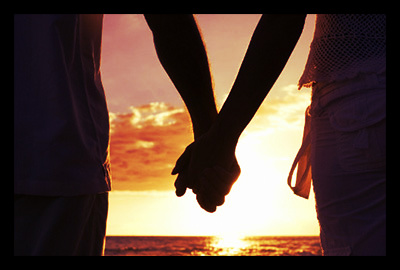 The Alliance for Peacebuilding, or AfP, seeks to find innovative approaches to Peacebuilding through a number of related fields, including development, relief, human rights, democracy and security sector reform.

Launched in 1999 as the Applied Conflict Resolution Organization Network, the organization obtained a $1 million dollar funding grant from the Hewlett Foundation in 2003. Following the grant, ACORN became the Alliance for International Conflict Prevention and Resolution. In 2006, AICPR became AfP with a focus on collaboration among organizations and different peacebuilding parties.

Today, AfP aims to innovate, influence and connect Congress as well as the general public to strengthen peacebuilding activities. Consisting of more than 70 peacebuilding organizations from across the world, AfP has over 15,000 volunteers and employees throughout the globe and employs 1,000 professionals.

With its headquarters in Washington, D.C., AfP focuses it energy on eight different programs as it advocates for peacebuilding. These include policymaker engagement, human security, strategic communication and genocide prevention. The organization also hosts an annual conference where AfP members can reach out to other members of the broader peacebuilding community to share ideas and insights within the field.

The keynote address at this year’s AfP conference, hosted in May, focused on developing games as a tool for peace. Asi Burak, the president of Games for Change, noted how the gaming industry is a multi-billion dollar industry that draws gamers throughout the world of different races, genders and nationalities. “Peacemaker,” a game based on the events of the Israeli-Palestinian conflict, allows players to become their own leader and to try to bring peace to the region.

May’s conference also featured discussions on the challenges facing African countries, including Nigeria and Kenya, the need for peacebuilders to collect relevant data in their fields and a discussion on providing peacebuilders with the necessary communication tools for storytelling purposes.

AfP maintains partnerships with a number of organizations, coalitions and platforms. These include the United States Institute of Peace, the Conflict Prevention and Resolution Forum and the Peace Portal, among others.

AfP also publishes an online magazine titled “Building Peace: A Forum for Peace and Security in the 21st Century.” With its most recent publication being March of this year, each issue features a variety of stories following a particular theme. The most recent theme, detailing men, women and peace, featured stories exploring the role of gender in peacebuilding activities.

Along with other human rights organizations, AfP recently announced its support for the Syrian Humanitarian Resolution of 2014. The resolution, introduced by 19 senators in March, expressed concern for the crisis in the country and “the urgent need for a political solution to the crisis.”

AfP and the organizations in support of the resolution stated in a joint statement their commitment to ensuring the Syrian nation does not “lose another year to bloodshed and suffering…We stand with the people of Syria…in calling our leaders to make the same commitment and engage the public. We urge strong support for and swift passage of this critical resolution.”

At last year’s U.N. General Assembly, AfP asked members of the Civil Society Platform for Peacebuilding and Statebuilding and people on the street what they believed the post-Millennium goals should be. Numerous interviewees said they intended to see advances in human rights and gender equality as well as an increased awareness in climate change.

Additionally, those interviewed stated such goals could help to promote global peace.

As death tolls in Iraq soar into the hundreds following jihadist violence in the past several weeks, calls for nonviolent resolutions to issues separating different cultures and countries remains at the forefront of the world’s collective consciousness.

WHO & Tuberculosis Convoy of Hope
Scroll to top