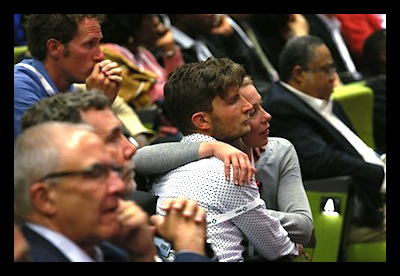 The 20th International Aids Conference took place July 20 -25 and was held in Melbourne, Australia.  The aim of the conference was to create a forum where people could address the problematic impact of AIDS on a global scale.

The Melbourne declaration for the International Aids Conference states that in regards to HIV/AIDS, it is vital that everyone, “…call for the immediate and unified opposition to discriminatory and stigmatizing practices and urge all parties to take a more equitable and equitable approach through the following actions.”

The declaration then lists actions such as insisting that “governments must repeal repressive laws and end policies that reinforce discriminatory and stigmatizing practices and increase vulnerability to HIV, while also passing laws that actively promote equality,” that “all healthcare providers must demonstrate the implementation of non-discriminatory policies as a prerequisite for future HIV program funding” and that “restrictions on funding, such as the anti-prostitution pledge and ban on purchasing needles and syringes, must be removed as they actively impede the struggle to combat HIV, sexually transmitted infections, and hepatitis C among sex workers and people who inject drugs.”

The 2014 AIDS conference had 12,000 attendees from over 200 countries across the globe and was sponsored by the International AIDS Society (IAS).  In addition to raising awareness, the conference also acted as a forum where researchers could present new findings for how to address and hopefully end this epidemic.  The conference included information about other projects like the Global Village and hosted satellite meetings in order to serve as a networking platform to combat HIV/AIDS.