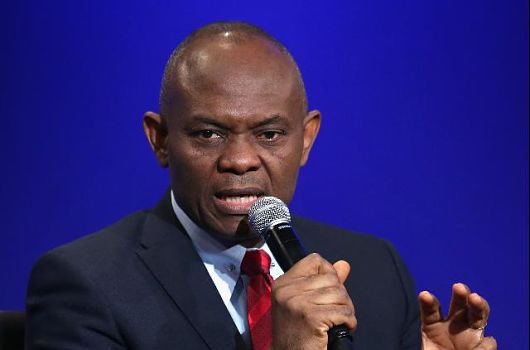 West Africa has the highest levels of energy poverty in the world. The shortage of electricity has been a big barrier to the economic development and people’s wellbeing in Africa.

Tony Elumelu, a Nigerian-born business leader and philanthropist, makes the call for ending energy poverty in Africa and takes action to alleviate it.

Ranking 26th on the Forbes Lists of Africa’s 50 Richest in 2014, Tony Elumelu is one of Africa’s most revered business leaders. As the Chairman of Heirs Holdings, the United Bank for Africa (UBA) and Transnational Corporation of Nigeria (Transcorp), Elumelu fortune’s is estimated at $1 billion.

Approaching the latter period of his business career, Elumelu makes more effort on philanthropy. After retiring from UBA in July 2010, he founded the Tony Elumelu Foundation, intending to foster Africa’s economy by enhancing the competitiveness of the African private sector.

At the same time, Tony Elumelu has also been a significant member of many non-profit organizations, such as World Economic Forum’s Regional Agenda Council on Africa, the Nigeria Leadership Initiative and the Infant Jesus Academy in Delta State, Nigeria.

According to Ivorian Prime Minister Daniel Kablan Duncan, in order to expedite the implementation of sustainable projects, the West African sub-group of the AELG intends to gather public and private sectors to mobilize finance. As a co-founder of AELG, Elumelu pledged to donate $150,000 over the next three years for its secretarial work.

During the same year, Transcorp, where Elumelu served as Chairman, acquired the 600 MW Ughelli plant in Delta State. It is one of Nigeria’s largest gas-powered generating plants and will generate 1,000 MW by the end of 2015.

The discussion between Transcorp and General Electric has been ongoing, and Transcorp is likely to add another 1,000 MW soon after they reach the first quota.

“Providing access to electricity for schools, hospitals, businesses and industries is the single most impactful intervention that can be made to transform the continent,” said Elumelu during the Summit. “It has tremendous implications for job creation, health, food security, education, technological advancement and overall economic development.”