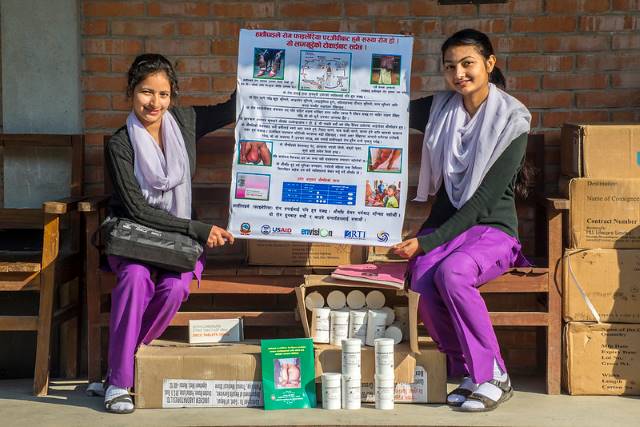 Neglected tropical diseases are commonly defined by global health organizations such as the WHO and the National Institute of Allergy and Infectious Diseases as a group of diseases that primarily affect those living in tropical and subtropical climates and disproportionately spread in remote areas or regions afflicted by poverty. Among the 20 diseases that the WHO categorizes as neglected tropical diseases are dengue, rabies, leprosy, intestinal worm and sleeping sickness.

Tropical and subtropical regions include Central America and the northern half of South America in the Western Hemisphere, most of sub-Saharan Africa as well as island nations in the Indian and Pacific Oceans. Many of the countries in this range are developing or impoverished nations. A lack of development and healthcare infrastructure in nations that lie in tropical regions, such as lack of access to clean water and health education, creates a more fertile breeding ground for the spread of dangerous diseases.

The reason that these diseases are considered “neglected” is that regions where neglected tropical diseases cause the most damage are populated by people with little political power or voice, a result of widespread poverty, location and other socioeconomic factors. As such, the spread of these diseases goes largely unnoticed and there is little incentive at the international level to take measures to combat these ailments. Though NTDs do not receive high-profile attention in the larger medical community, the WHO estimates that more than one billion people are affected by NTDs. The WHO sees the urgency to address neglected tropical diseases.

The WHO outlined a set of “overarching global targets” that it will pursue over the course of the next decade in work with foreign governments, community organizations and NGOs. These overarching goals, to be accomplished through achieving a number of “cross-cutting targets” are the primary effects the WHO hopes to achieve by 2030:

To address neglected tropical diseases, the fulfillment of the goals outlined in the WHO’s road map will require a multilateral and thorough implementation as well as cooperation and leadership from each of the partner countries affected. The WHO seeks to encourage each tropical and subtropical nation to take ownership of their healthcare programs, which will create a sustainable, international network to strengthen global health in some of the world’s most vulnerable regions. Putting the fight against neglected tropical diseases in the spotlight as well as dedicating time and resources to taking on these diseases, can remove the “neglected” from neglected tropical diseases and put the global community on a course toward eradicating these diseases.