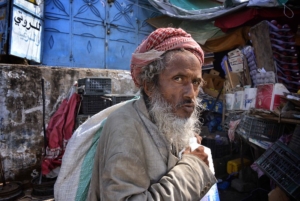 The Middle East and North African region, commonly referred to as MENA, is traditionally considered to include the geographical area from Morocco in northwest Africa to Iran in southwest Asia. Rich in history, culture and natural resources, this region consists of approximately 20 nations. As a result of vast reserves of oil, natural gas and petroleum, MENA has quickly grown in geopolitical importance. However, the region is also afflicted by persistent conflict and poverty. Here are seven recent trends in the rates of poverty in MENA.

7 Facts About Poverty in MENA

The past 50 years have been incredibly tumultuous for the MENA region, characterized by an abundance of violence and poverty. As recent data has confirmed, the region’s poverty is not subsiding anytime soon and the succession of Western-backed conflicts is not helping. Despite these difficulties, the region is very quickly evolving into a state of uniform solidarity. With more regimes beginning to reject foreign intervention and more civilians addressing their governments directly, particularly in the cases of Egypt and Lebanon, structural change could come to the region soon. However, this area of the world continues to be a prime example of just how dangerous extreme poverty can be when mixed with conflict, both for the host state and the international system. – Angie Bittar
Photo: Flickr

Healthcare in Kazakhstan: Problems and Solutions The Effects of School Closures in Kenya
Scroll to top