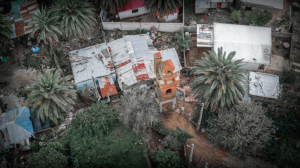 Situated on the Atlantic coast of South America is Uruguay, the second smallest country on the continent. With a population of more than 3.4 million and about 60% of them comprising the middle class, Uruguay stands as one of the most economically stable countries in the region. In fact, Uruguay has the lowest poverty rate in South America and is ranked high on such well-being indices as the Human Development Index. In building a secure place as a country, Uruguay has witnessed improvements as well as hindrances in various aspects of its society. Here are six facts about poverty in Uruguay.