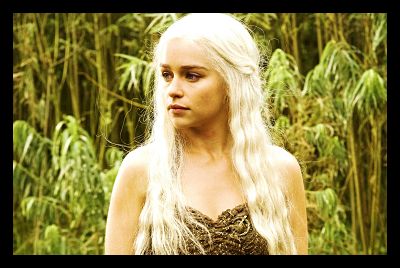 HBO’s Game of Thrones is escapist fantasy at its finest. The sprawling world of Westeros has a rich and complicated history, scores of characters, and enough intertwining storylines to make Greek mythology look simple. The show has been lauded for its ability to transport an audience away from their current lives and immerse them into Martin’s fantasy world.

At the same time, behind the direwolves and dragons, much of the success of Martin’s series lies in the fact that it resonates so strongly with our own world. From love to loneliness to injustice, the personal feelings of the characters, which so strongly push forward the plot, hit close to home. It reflects the failings we see around us, in our own lives, in politics, and perhaps most disturbingly in our social system.

Game of Thrones, for the sharp viewer, has important messages to be sent about what it is to wield power and how to do it, lessons that could be applied to the most powerful nation in the world.

[dropcap3]1[/dropcap3]The importance of the poor for security. In Game of Thrones, the greatest threat to the throne is not the various potential usurpers who are vying for it. Rather, it is far more insidious; it is the threat of the people the King tramples and abuses through neglect. The main motivation for one of the potential rivals, often repeated, is that she has the support of the people. The raw power of the populace is seen in the scene where the royal family ventures out of the castle, and is set upon by a starving, angry mob. The only thing that saves the Lannister family from their misrule is the arrival of the charitable Tyrells, who floods the city with food, resources, and much-needed PR for the royal family. Though intangible, a good reputation image can be as powerful as military muscle. This is why top military leaders like former Secretary of Defense Robert Gates stress the importance of international humanitarian assistance by USAID.

[dropcap3]2[/dropcap3]Past injustices become present day tragedies. Old grievances have a way of resurfacing. Throughout the series, we are told more and more of the backstory, because so much of it is relevant to the present events. Theon’s capture and subsequent service to the Starks came full-circle in Theon’s betrayal, despite how well he had lived as a steward. There are lessons to be learned from this; bad deeds live longer in memory than good ones. George W Bush’s legacy, for example, will not be his HIV program, but instead, plunging the nation into Iraq.

[dropcap3]3[/dropcap3]The rags-to-riches story is largely a myth. It is a tenet of the American belief system to place a lot of power in an individual’s determination to change her or his own circumstance. It is easy (and comfortable) to blame lower classes for their own misfortune; either through laziness, carelessness, or a simple lack of worth. It is a natural – though erroneous – human reaction to assume that those who have, deserve and those who do not, have not earned it. There are a number of social climbers in Martin’s series who are smart, savvy, brave, determined – and are crushed. Roz, the plucky girl from Winterfell, endures indignity, torture, and abuse only to meet an untimely end. Mance Rayder, the brave and charismatic leader of the Wildlings, has been exiled to lead a bare and miserable existence. The elite in Martin’s world are often the most despicable, with the bravest and best – Osha, Tyrion, Arya, Bran and Jojen Reed, for example – being the crippled, the overlooked, the downtrodden, and the poor.  For the 2.6 billion people across the globe living on less than 2 dollars a day, the only way to significantly improve their well-being is with a helping hand from people and governments in more privileged positions.

[dropcap3]4[/dropcap3]Equality is not a simple matter. While followers of the show who have not read the books will not yet be aware, Daenerys Targaryen’s noble campaign to end slavery does not go as smoothly as planned. Though well-intentioned, her somewhat blind rush to right all the wrongs she saw in front of her bears little fruit, and she quickly loses her way in politics, poverty, and a lack of foresight. Aid is not simply a matter of giving, and it cannot be left unplanned or unsupervised. The story bears similarities to the current restructuring of Afghanistan and Iraq; after a bloody decade in the countries, US citizens are demanding withdrawal of troops, with US Generals stating the grave dangers of leaving such a large job unfinished. Sieges and wars are dramatic and make good stories, but the most important work lies in the far less flashy and far more tedious affair of slow and steady empowerment.

[dropcap3]5[/dropcap3]Poverty begets violence. Poverty does not stay a problem of the poor. It seeps into all parts of a society in the form of crime, violence, and corruption. In an increasingly globalized world, the importance of stability cannot be understated. The seeds of terrorism are in poverty; its strength lies in the desperation of the most downtrodden. The most powerful governments, France, Russia, and most recently the Arab Spring – have all fallen in the face of the power of those they previously deemed unworthy of consideration.