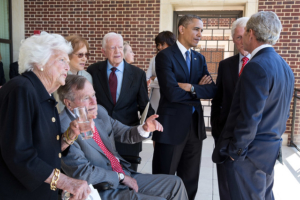 It is not widely known how much foreign aid is being spent as a part of the national budget, especially because statistics and figures can change dramatically under different administrations and eras. The policies of former presidents on foreign aid can reflect the national and international priorities of the nation itself and what the presidents themselves valued more compared to other factors within the federal budget.

5 Former Presidents on Foreign Aid: Who Spent What?

The policies of former presidents on foreign aid widely reflect their intents and objectives, such as wishing to create more U.S. allies during the Cold War or to stop health epidemics from spreading, like HIV. International assistance can be employed in differing areas of focus that all eventually reach out to help an individual or a community climb out of poverty.