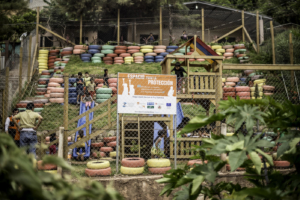 Two previously published articles on The Borgen Project’s website have mentioned the issues of violence, poverty and corruption in the Northern Triangle of Central America (NTCA). This article’s focus is on the organized crime in the northern triangle that engenders the violence and corruption, which includes street gangs, drug cartels and paramilitary organizations. Daily life in the NTCA is rife with immediate danger from many different sources.

5 Facts About Organized Crime in the Northern Triangle

Organized crime in the Northern Triangle is one of the biggest obstacles to promoting stability and welfare in the region, exacerbated by many political and economic factors—the largest being the influence of international gangs. Corruption also enables many of the organized crime entities to operate with impunity, which in turn forces immigrants northward to flee threats of violence, extortion and forced recruitment. However, other articles have touched upon growing international visibility of the corruption—and efforts to fight it—in the Northern Triangle, and the spotlight on corruption has revealed the full extent of these gangs’ power and influence over the region.

In addition, U.S. Congress has introduced legislation targeted at addressing the root causes of migration from the NTCA which includes the threat of gang violence and organized crime. One such bill, the United States-Northern Triangle Enhanced Engagement Act already passed in the House of Representatives in July 2019. Click here to encourage your Senators to support this bill when it is introduced in the Senate.

Plastic For Change: How Ocean Cleanups Help the World’s PoorestLiving Conditions in Saint Pierre and Miquelon
Scroll to top