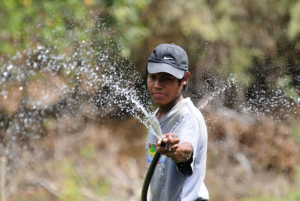 The effects of climate change are more apparent in some areas than others. Central America is one of these areas with drought, high temperatures and floods contributing to agricultural problems and a rise in migration out of the region and into the U.S. These five facts about climate change in Central America provide a glimpse of how it affects the country and the people who live there.

Climate change in Central America is already causing serious problems and will continue to do so in the future. On a positive note, USAID and others are cooperating with Central American governments to respond to the changes taking place. Countries in the area are already implementing innovative, agriculture-based solutions. The efforts of aid organizations will continue to be vital as the global climate continues to change.