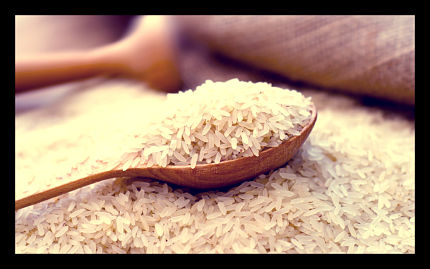 In order to address the threat of climate change on global food security, the International Rice Research Institute (IRRI) has released 44 varieties of rice that are resilient to some of the effects of climate change. Currently, around half of the entire global population is dependent upon rice as the staple of its meals.

Meanwhile, the Intergovernmental Panel on Climate Change (IPCC) released a report on the adaptations necessary due to climate change impacts and states, “starvation, poverty, flooding, heat waves, droughts, war and disease [are] likely to worsen as the world warms from man-made climate change.” The effects of climate change on agriculture, food security and poverty are particularly distressing; billions of people may face an extreme threat to their food and water security by the year 2050.

Because of the dangers that climate change poses on agriculture, the establishment of climate resilient agricultural sectors is a necessary for nations such as Ghana, where food security is diminishing and poverty is increasing. The rice variations introduced by the IRRI can account for some of the environmental concerns placed upon rice production in many nations that are facing impacts of climate change. The 44 types of rice released include “nine salt-tolerant varieties in the Philippines, three flood-tolerant varieties in South Asia, and six in sub-Saharan Africa.”

Although genetically modified crops, such as the climate resilient rice variations introduced by the IRRI, have faced backlash in developed nations, they are beginning to become a necessity in developing nations. Climate change impacts are expected to worsen, as the global environment is a complex system where much can be left unconsidered. Therefore, resiliency in crops is a necessary avenue for research and development in the very near future.

The 44 rice varieties are expected to bolster the agricultural sectors of nations within Africa and Asia including the Philippines, Bangladesh, Myanmar, Nigeria, Tanzania, India, Cambodia, Vietnam, Indonesia, Myanmar and Rwanda. With the global population on a steep rise and mass cases of socio-economic ascension from poverty to the middle class, food demand is significantly high. Currently, the IRRI is working on a tripartite rice variation that is resilient to droughts, floods and saltiness, all of which are staples of climate change impacts on the agriculture sector.

Cacao and Child SlaveryIranian Women Rising Up
Scroll to top