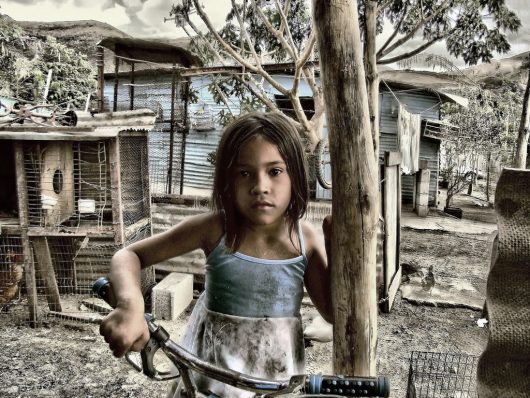 On Saturday, May 14, Venezuela’s president, Nicolas Maduro, issued a state of emergency in response to widespread discontent that had risen throughout the country. Protests and calls for a reform in the government came about because of the historic economic crisis in Venezuela.

Since the beginning of 2015, inflation within the country has been on a steady increase. During the months of June and July, it began to accelerate upward. By the close of the year, Venezuela was left with an inflation rate of 180 percent, the highest in the world. This has led to deficiencies in food, medicine and hygiene products.

However, the recent explosion of economic inflation is only a symptom of deeper troubles within the economy that have been building for the past years. Many are criticizing Venezuela for failing to diversify in products and services. Gretchen Bakke of the New Yorker summarized the economic crisis in Venezuela using the adage, “putting all its eggs in one basket.”

Various occurrences have led Venezuela to the brink of economic collapse, but three in particular bear mentioning:

1. Venezuela’s Dependence on Oil as a Profitable Export

Petroleum products made up roughly 93 percent of the $63 billion in exports that Venezuela made in 2014. This is not surprising, since Venezuela is sitting on the largest proven oil reserves in the world. Historically, various Venezuelan presidents have used petroleum production and exports to increase development, yet they failed to diversify their economic productions. In the 1920s Venezuela registered a third of its GDP as agricultural products, but almost a century later, these products make up six percent of GDP and less than one percent of the country’s exports.

Its identity as an oil-producing state has served Venezuela well in the past, but the tide is turning. With lifted sanctions on Iranian petroleum and increased oil production in the United States, Canada and Iraq, petroleum prices have been driven down by a saturated global market. The New York Times reported a barrel of oil to be 70 percent cheaper now than it was two years ago.

2. Venezuela’s Dependence on Water as its Primary Electricity Source

Almost 80 percent of Venezuela’s electricity comes from hydroelectric power. The international community has recently been pushing for cleaner energy (that which does not rely on fossil fuels) and hydroelectricity is one way to achieve these goals. However, hydro-power can be problematic when water turns into a limited resource.

Venezuela has currently been suffering through a three-year drought which many are attributing to El Niño, an intermittent weather pattern that has been accentuated by the recent rise in global temperature. In addition to the normal problems that are generated by water shortages, Venezuela is now facing a shortened work week due to the rationing of electricity for the many shortages.

These newly-prescribed measures are criticized for accelerating the process of economic collapse, since workers now have a shortened period in which they can earn money to pay for the necessities of life.

For years, the socialist party has dominated the branches of the central government, and in the recent escalations of the economic crisis in Venezuela have caused the government to “become more authoritarian,” as the Council on Foreign Relations wrote.

In December of last year, the opposing party finally took control of one part of the government, The National Assembly. Though a referendum is being constructed to oust Maduro from his seat, very few immediate solutions are being proposed to relieve the collapsing economy.

The economic crisis in Venezuela is provoking protests throughout the country. Various citizens of the country told the Wall Street Journal that they have to stand for hours in line to receive a small portion of food for the day. These individuals have hopes to change the trajectory of their nation, and with the majority of the people on their side, they may still have time to do so.