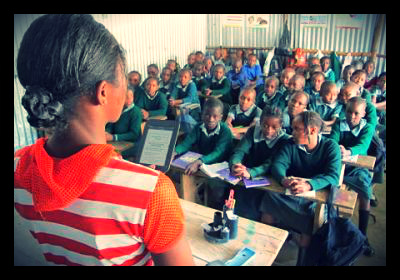 Although Africa has long been seen as the forgotten continent, it is more important now to the United States and the rest of the world than ever before. Home to 6 of the 10 fastest growing economies in the world, the continent is increasingly in the eye of foreign investors from London, New York, Shanghai and Dubai. Here are some of the innovations that are changing the face of Africa in this rapid transformation from an allegedly “lost” continent to a new growth engine.

Innovation hubs like iHub in Nairobi, Co-Creation Hub in Lagos and the Silicon Cape Initiative in South Africa are now competing with the already well-established initiatives in the start-up capitals of San Francisco, London and Berlin. These communities are giving African start-ups access to capital and the advice they need to take new products to the market.

Omidyar Network has highlighted the growing number of “afro-entrepreneurs” that are emerging all across the continent with innovations that are uniquely African. One such example is Bridge International Academies, with over 46,000 students enrolled in their schools across Kenya. This is an initiative that commoditizes schools; pupils pay just $5 dollars a month to study at one of their “Academies-in-a-Box.”

Several African technology firms have begun to design and produce mobile and computing hardware tailored to local needs. In the Republic of Congo, for example, there is VMK’s Way-C, an affordable Android tablet, and in Kenya, the Nairobi-based company Ushahidi developed BRCK, a black box designed to address unreliable power and data connections that has been dubbed the “backup generator for the Internet.”

Major firms are starting to produce smartphones made specifically for African consumers. The Chinese company Huawei, for example, recently introduced its new product, 4Afrika, an affordable smartphone which will let users benefit from the growing data connectivity across the continent.

This trend from the developed world, which has seen millions of people creating and selling self-made products, has officially made it to Africa. The movement’s trademark event, the Maker Faire, took place last year in Lagos. The most notable locally produced product that resulted from this event was a generator designed and built by four teenage girls that uses 1 liter of urine to produce 6 hours of electricity.

Africa is leading the way when it comes to developing innovative solutions for limited connectivity. By taking advantage of unused radio and TV frequencies, providers are able to widen data coverage to include countless rural areas through white space technology. Microsoft has already partnered with Kenyan regulators and Google with South Africa’s ICASA to show that broadband can be offered over white spaces.

Africa is frequently seen as leading the world in mobile money solutions. In December 2012, Visa launched mVisa in Rwanda to serve the unbanked, improve ATM services across Rwanda and promote electronic payments which will contribute to formalizing the economy.

Health organizations have started to use mobile technology to address critical medical needs. SMS, in particular, is being used for countless needs, such as sharing vital information with expectant mothers or sending reminders to HIV/AIDS patients about taking their anitretrovirals. In Malawi, Baobab Health is developing solutions to replace traditional paper-based systems.

Initiatives like One Laptop Per Child, Samsung’s e-learning technology platform, and solar-powered schools are innovative ways to ensure that students across the continent have access to up-to-date information and online resources, and are able to interact with teachers even when geographical obstacles stand in the way. Other organizations such as Wikipedia have teamed up with Orange to provide free access to the online encyclopedia to anyone with a mobile phone in Africa.

The use of social media is rising at astronomical rates in Africa. Besides Twitter, Facebook and YouTube, Africans are also creating and using local social media platforms, such as MXit, which has over 50 million users who can use the platform to chat and play games at low data costs.