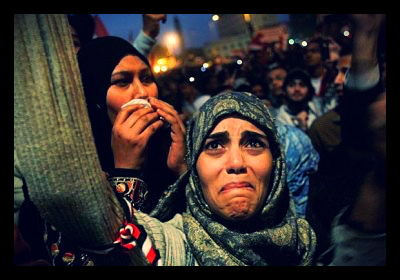 The World Economic Forum recently published a report answering the question, “What are the top trends facing the world in 2014?” Based on a poll of 1,592 leaders from academia, business, government, and non-profits, the report determined 10 global trends to expect in the coming year.

1. Increasing Tensions in the Middle East and North Africa

For the post-Arab Spring countries, promise and hope has given way to uncertainty. A debate continues about whether or not to keep religion and government separate while unemployment persists. The report recommends an entrepreneur-friendly climate to help promote economic growth for the masses, which in turn would build stability.

The gap between rich and poor is a major challenge for most of the world. The problem is seen as the most pressing issue amongst North Americans.

History has shown that chronic joblessness is tied to social unrest, especially among a young generation growing up in hopelessness. A solution: train and offer mentorship to young adults so that they could develop in roles that show promise for career growth. Governments should create incentives for companies to create jobs and invest in their workers.

Emerging technologies are outpacing security. Technology allows us to operate remotely more than ever, but our vulnerabilities to hackers increase. Rather than attempting to prevent all possible forms of hacking, the report suggests that we ensure that it’s not catastrophic to get hacked.

There is action and attention towards climate change, but not at the scale that is needed.  For example, there is $1 trillion of cumulative investment in renewable energy. However, $1 trillion per year is needed.

The pop of the American housing bubble retrospectively revealed the deficiencies in US economic policies. The Pew conducted polls across the globe that showed people voicing similar widespread concerns about economic conditions in their countries. Europeans were particularly disillusioned.

7.  A Lack of Values in Leadership

People in Latin America and sub-Saharan Africa do not trust that their leadership, even when elected, will act in the interest of the common good. Free press is important for promoting accountability along with the sharing and understanding of various values.

8.   The Expanding Middle Class in Asia

More than any other region, Asians are hopeful about the economic prospects for the next generation. This is a result of free market reforms, investments in science, technology and education, a culture of pragmatism, meritocracy, and peace, and a strong the rule of law. Nonetheless, there is a need to make sure this generation of Asians does not negatively impact the global environment more than it needs to.

9.  The Growing Importance of Megacities

According to the United Nations Population Division, more than half of the world’s population lives in urban areas. By 2025, there will be 35 megacities in comparison to 22 in 2011.

10. The Rapid Spread of Misinformation Online

One-third (30%) of the world’s youth have been active online for at least five years, according to the International Telecommunication Union. Social networking has also spread around the world. Rumors fly easily when there are 1 billion tweets produced every two-and a-half days