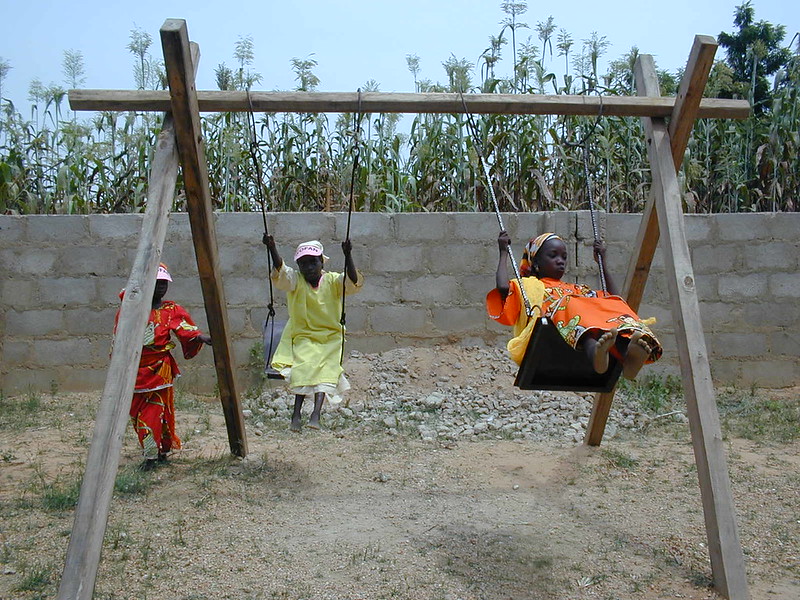 Nigeria is a country located on the western coast of Africa. Unfortunately, Nigeria has the highest number of people living in extreme poverty in the world with 86.9 million. People can attempt to deal with such poverty by making improvements to agriculture. Nigerian startups such as Zenvus have already begun to take initiative. Zenvus is a Nigerian startup for farmers that aims to fight poverty by improving farming conditions.

Zenvus is a Nigerian startup for farmers that aims to fight against extreme poverty. This company is able to do so by providing an app as well as services that lead to better crop yields and farming productivity for its customers. Farmers can attain better farming productivity through a range of products that Zenvus sells.

Some of the products that Zenvus sells include SmartFarm and Yield. SmartFarm is an electronic sensor that is able to keep track of important soil components such as humidity, temperature, pH, moisture and nutrients. This product collects data on a machine that is solar-powered. The machine sends information to the user’s desktop or mobile device. Being able to receive this information at any moment will enable farmers to be able to grow healthier crops.

Yield is a camera that one can use to capture images of their crops. The app can take these images and provide helpful information in regards to dealing with stressed crops, droughts, outbreaks, pests and diseases. This camera allows for farmers to prevent situations that could significantly weaken their profits. The information provided through data that the SmartFarm sensor and camera from Yield give will allow for much less guessing when it comes to farming in Nigeria. The further productivity that the Zenvus brings should improve the economy.

What Services Does Zenvus Provide?

Along with the products that Zenvus sells, it also provides a number of services. These services include zCapital, zCrowdfund, zInsure and zMarkets. All of these services aim to improve the lives of farmers and their crop yields. In order to raise money for their efforts, farmers can use zCrowdfund to get loans from local people in exchange for food. This app also makes selling one’s products much easier. Through zMarkets farmers can use the app as a digital market to sell their food. Farmers can buy farming insurance through zInsure in order to protect their assets. As these services go to show, this app aims to allow for larger profits in terms of agriculture.

Why is it Necessary?

A Nigerian startup for farmers such as Zenvus is important to have in Nigeria. Zenvus aims to fight against extreme poverty by improving agricultural production. A focus on agriculture is so important due to the amount of potential it has to improve people’s lives. The U.S. Government’s Global Hunger & Food Security Initiative reported that agriculture employs 75 percent of Nigeria’s total labor force.

One of Nigeria’s most grown products is cassava. Nigeria is the largest producer of cassava in the world, accounting for 20 percent of the world’s total production. As these numbers go to show, agriculture is already quite present throughout the lives of many people in Nigeria. This goes to further show why apps that aim to improve farming, such as Zenvus, are so important.

Within recent years, the production of agriculture in Nigeria has increased. Since 2010, Nigeria has seen an increase in quarterly profits from agriculture. In the first quarter of 2010, numbers were as low as ₦’2,594,759.86, whereas, in 2019, there were reports as high as ₦’5,408,978.92 in the third quarter. From the years 2011 to 2014, the national food production in Nigeria grew by 21 million metric tonnes. During this period, a rise in jobs related to farming also occurred. From 2012 to 2014, 3.56 million jobs related to farming emerged.

These numbers show that agriculture has the potential to help fight poverty and create jobs throughout Nigeria. A Nigerian startup for farmers such as Zenvus can make a significant amount of farming in Nigeria easier. Zenvus claims to be providing the same products and services as big brands for 10 percent of the cost. Another major thing that Zenvus’s products are able to accomplish is a 70 percent reduction in water usage for crops.

Agriculture already plays a significant role in Nigeria and has the potential to grow even further. As of 2017, agriculture was the third-largest part of Nigeria’s GDP, at 20.85 percent. In order to deal with the pressing issue of poverty, it would be smart for the government to invest in agriculture as well as a Nigerian startup for farmers, such as Zenvus, that provides innovative products and services.

Energy Improvements in PeruWhat is Global Fragility?
Scroll to top