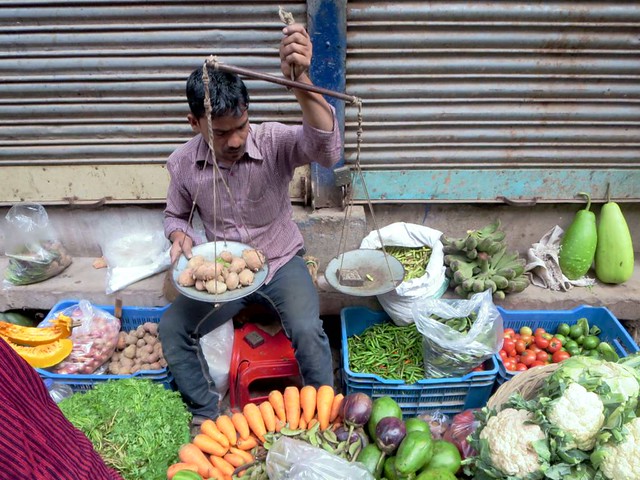 In northeastern India, nestled between Tibet, Bhutan, Nepal and West Bengal, lies Sikkim. Sikkim is an Indian state that has been making news since 2016 when it became the world’s first fully organic state. Sikkim won the prestigious U.N. Food and Agriculture Organization’s Future Policy Gold Award, known as the “Oscar for best policies,” which honors achievements made towards ending world hunger. “An organic world is definitely achievable,” explained Sikkim Chief Minister Pawan Kumar at the awards. Could India’s Second Green Revolution be organic?

Along with many other developing countries, India overhauled its agricultural systems in the 1960s and replaced them with a western industrial model that relied on expensive technology, GMOs and agri-chemicals. By narrowing the crop variety to mainly corn, wheat and rice, Asian countries doubled their grain yield and cut poverty in half. As time has passed, however, the Green Revolution proved to be problematic for many developing countries. Though it has spurred incredible grain production and increased income in rural communities, it has also polluted the environment, depleted the water table and created economic disparity.

Because genetically modified wheat and rice require more water than their organic counterparts, Indian farmers have been draining the groundwater supply, causing the water table to drop approximately three feet each year. Intensive farming has also exhausted the soil, depleting it of nitrogen, phosphorous and iron. Farmers now use three times the amount of fertilizer that they used to for the same crop yield. Many farmers find themselves in debt because they cannot keep up with the costs of new water pumps, patented seeds and fertilizer. This is why states like Sikkim are calling for an organic Second Green Revolution.

Sikkim has reversed the industrial farming policies of the Green Revolution at a time when governments and philanthropists are calling for a Second Green Revolution. Chief Minister Kumars believes that countries should not “carry out any kind of development work and business at the cost of the environment.” Still, there has been much debate about what a Second Green Revolution should look like. Should countries increase reliance on genetically engineered crops and pesticides or move towards more sustainable but lower-yield organic practices?

The transition to organic farming in Sikkim has helped 66,000 families and increased rural development and sustainable tourism. A movement to invest in sustainable farming practices is growing around the world, leading institutions like the U.N. International Fund for Agricultural Development (IFAD) to invest in organic farming. IFAD President Gilbert F. Houngbo has stated that reversing conventional farming practices can fight food insecurity while improving nutrition and alleviating poverty. Though organic farming systems produce 10 to 20 percent less than conventional systems, they regenerate the soil and create fewer environmental costs.

With the world poised to reach a population of more than nine billion by 2050, there is debate as to whether organic agriculture can feed the whole world. Industrial technologies and pest-resistant strains of rice and wheat have undoubtedly helped feed a rising population and reduce global poverty over the last 50 years. A recent meta-analysis of 66 studies comparing conventional and organic agriculture found that a Second Green Revolution needs the best of both systems. Though organic farming greatly increases the productivity of soil, making it more resilient to climate change, genetically modified crops could also play an important role in certain areas since they are designed to endure droughts and saltwater intrusion from rising sea levels.

At the end of the day, conventional or organic, there is actually plenty of food to go around. Global agriculture produces 22 trillion calories every year. If food were distributed equally and not wasted, every person on the planet could consume 3,000 calories a day. Though this may never be the case, organic states like Sikkim are choosing to make their calories count, by making them pesticide free and environmentally friendly. Whether India’s Second Green Revolution will be organic is still unsure, but Sikkim is setting a powerful precedent, and other states and countries are following suit.