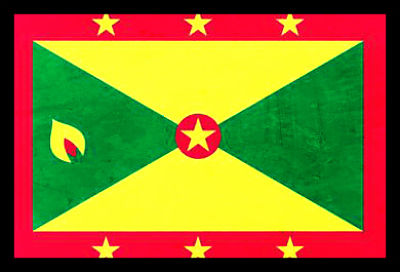 Grenada, a small Caribbean island with a population of 105,000, just might be changing the world. The nation is negotiating an unprecedented debt-relief program with its creditors around the world, and their decisions could define a new standard of debt-freedom for billions of people.

After a socialist coup and U.S. invasion in the 1980’s, the island nation has struggled to sustain itself. Revenue from its current biggest export, nutmeg, hardly matches its economic struggles. A US-EU banana trade war in the 90’s eliminated its biggest source of income, hurricanes Ivan and Emily ravaged its homes and infrastructure in 2004 and 2005, and tourism has plummeted since the 2008 recession. Unemployment has reached 30%, and there is no end in sight.

To prop up its deteriorating economy, Grenada has borrowed substantial sums from private bondholders, governments, and multilateral institutions like the World Bank and International Monetary Fund. Unfortunately, the assistance failed to properly kickstart the economy, and now those creditors are calling in their debts—debts that almost exceed Grenada’s gross national income. Last March, Grenada defaulted on most of its payments, and more are due this month. But a new Grenadian organization is rethinking the nation’s approach.

Grenada’s Conference of Churches (CCG) is calling for a “Jubilee”—a radical reduction of Grenada’s 1 billion dollar debt. Inspired by the biblical concept of debt forgiveness in Leviticus 25, the CCG is recommending a debt restructuring based on the World Bank’s Heavily Indebted Poor Countries Initiative, independent mediation by sympathetic nations like Norway and Germany, and budget readjustment so that debt relief funds economic development in-country.

“While the obligation to repay loans must be acknowledged,” their statement reads, “the governments of small nations are not helpless at the mercy of their creditors.” The CCG’s response has invigorated Jubilee advocacy networks across the globe, and international support for their cause is growing. Other Caribbean countries have negotiated debt restructures, such as Belize’s 10-20% debt reduction earlier this year, but Grenada’s look to be the precedent for radical debt reform. Their negotiations have implications for billions of people living in indebted countries throughout the developing world.

Whatever happens, Grenada’s creditors are looking at inevitable losses. “They may initially take a tough line, but Grenada always has the option simply to sit it out,” an anonymous source said, “Recovery through litigation is unlikely to be a serious proposition for bondholders.”