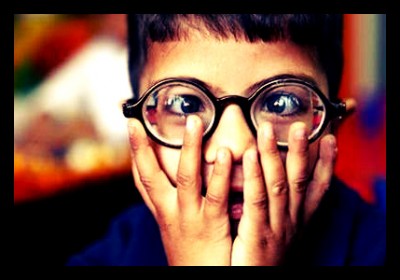 With all the issues around the globe, the world’s lack of eyeglasses probably does not occur to some people. However, around 703 million people have a vision problem that requires the use of glasses—and few of these 703 million people ever get them.

VisionSpring, an organization that provides glasses to the poor, realizes that more than 90 percent of these people live in a developing country. It also realizes that simply providing a worker with reading glasses for a mere $4 can improve his or her wage by up to $108 dollars per year. For citizens of developing countries, this amount could change the quality of someone’s life.

Founder and chairman of VisionSpring, Jordan Kassalow says that the organization’s operations rely on the motto “See to Learn, See to Work, and See For Safety.” Giving a pair of glasses to a student can equate to advancing his or her education up to a year, and glasses prevent injuries on the road and on the job.

Every dollar donated to VisionSprings adds up to an economic impact of $23 dollars. The organization sends out “vision entrepreneurs” to asses a community’s vision and spread the word about the opportunities available to that community. They travel around the world to the most impoverished places to advocate for this cause. This is nice because that means the help is coming to those who need it instead of vice versa—for example, in India someone could lose up to $10 dollars traveling to purchase a $4 dollar pair of glasses.

After performing vision tests for customers and providing them with glasses, a person can see his or her work productivity increase by 35 percent. VisionSpring also aims to consider the cultural differences between these various locations to best suit that community’s needs. For example, the organization has come up with a special pair of clear glasses for UV protection that can still shield eyes from the sun but are not the traditionally dark-shaded sunglasses the Western world is accustomed to.

“As I placed the glasses on the boy’s nose, I watched as the blank stare of a blind person transformed into an expression of unadulterated joy—I was witnessing someone seeing his world for the first time,” recounts Kassalow after giving one of his first pair of glasses to a seven-year-old boy in Mexico. VisionSprings considers a little-known issue that can bring big results—not only higher literacy and productivity rates but simply joy.