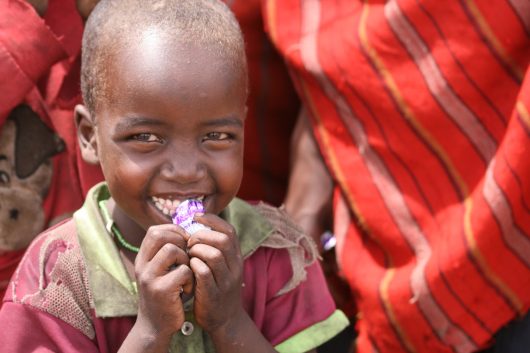 Toronto was one of the many major cities that joined the 32nd annual 2016 World Partnership Walk to increase awareness and raise money for global poverty.

On May 29, there were over 10,000 participants in Toronto, who gathered at the Metro Hall in David Pecaut Square. Last year, more than 40,000 individuals participated in the event from Montreal, Ottawa, Regina, Vancouver and Victoria, helping to raise over $7 million.

Canadians are motivated to mobilize and donate to the event because they want to see global poverty levels reduce even further. According to the World Bank, there are 1 billion fewer people living in poverty globally than there were 25 years ago.

Many families are driven to participate in the annual event, as 100 percent of the donations go toward AKFC programs. In addition, the event offers memorable experiences through activities that inform, educate and entertain all participants from the young to the old.

Based in Canada, AKFC works to promote the discussion of global issues and works to build partnerships with Canadian institutions. The organization began operations in 1980 and kicked off its first walk in 1985 when a group of women from Vancouver raised $55,000. Now, the event is held in 10 cities each year and AKFC has raised $95 million since the first walk.