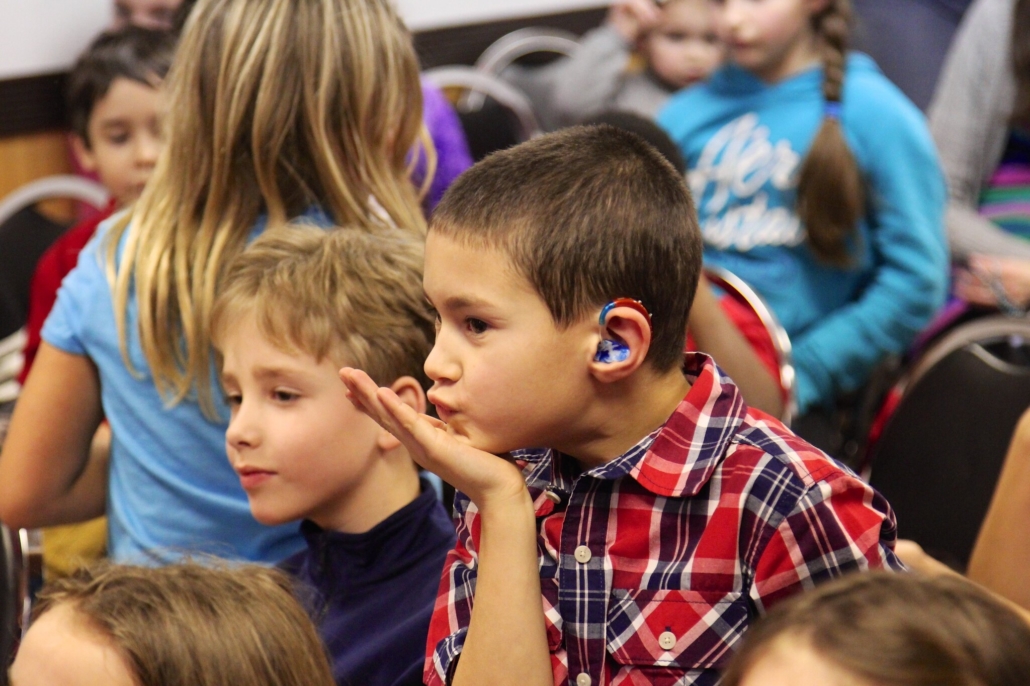 The Starkey Hearing Foundation is an organization that William F. Austin founded and it is on a mission to help people with hearing loss around the world. Its goal is to make hearing health care services more accessible for people worldwide, and thanks to the Minnesota Vikings, more people are aware of the cause.

Around 466 million people around the world have disabling hearing loss. According to the World Health Organization, of these 466 million people, less than 3 percent can actually afford hearing aids. They also lack the funds in order to pay for the care they need. Hearing aids can cost anywhere between $40 and $3,000, so developing countries will have a hard time paying for these if they are already having a hard time making ends meet.

Impoverished people in countries around the world receive poor treatment from uneducated doctors and can face preventable medical issues that can cause hearing loss. One of the most common issues is Otitis Media, which is a chronic ear infection in the middle ear that causes inflammation. This infection is most common within babies under 5 years old and can go undetected in foreign countries due to doctors being unable to give proper treatment.

Twenty-five percent of adults around the world who are over the age of 65 have hearing loss. Most of these people come from Asian and African countries. Lack of resources and awareness are the reason why so many Africans and Asians have a hearing impairment.

Pregnancy complications also contribute to hearing loss, not just for the unborn baby, but for the mother as well. Researchers have found that if a mother were to spend time in excess noise, the baby would likely be susceptible to being hearing impaired. Consumption of alcohol and smoking cigarettes also play a role in a baby possibly being deaf. Both cigarettes and alcohol have toxins and can cause malnutrition for an unborn child.

The Starkey Hearing Foundation has a goal to make sure everyone around the world has access to health care services so they can get the proper care they need. Its goal is to also help people afford hearing aids. The organization teamed up with the government and other organization health leaders to make this possible. The Foundation has talked with global health professionals to advocate for hearing health and provide support to the government in developing hearing health policies.

Over the years, the Starkey Hearing Foundation has been to over 100 countries and has helped people receive the proper care they needed in order to hear again. Because of this, the organization now has the largest hearing health care database in the world. Many people from different countries have traveled to its headquarters in Minnesota to receive help.

The organization has helped different medical practices with research by figuring out the reason behind hearing loss within a specific country. It also supports other physicians who have worked on the hearing problem around the world.

The Foundation has shared different strategies with the government who are currently working on developing hearing policies in developing countries. It has also shared its knowledge on how hearing care could improve within the existing health systems.

The Minnesota Vikings, who are a national football team based in Minneapolis, are the biggest supporters of the Starkey Hearing Foundation because the organization is also based out of Minnesota.

In 2013, the Vikings partnered with the Starkey Hearing Foundation in order to help spread awareness to their fanbase about the issue. With over 2 million followers on Facebook, over 1 million followers on Twitter, over 800,000 followers on Instagram and drawing in roughly 66,000 people to games every year, at least 3 million people are aware of the Foundation and how to support it.

During every home game, radio and television stations would promote the campaign so even more people would become aware of the cause. Fans who attended the home games also received Starkey brand ear protection. The Vikings also made a commitment that for every touchdown the team scored, they would donate $500 to the Starkey Hearing Foundation.