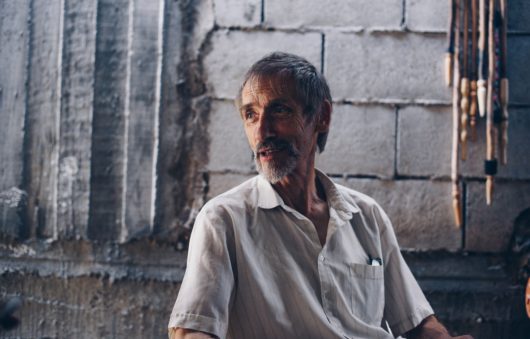 In 2011, it was estimated that approximately 17 percent of Lebanon’s population suffered from a mental illness of some kind. Among them, 90 percent of people went untreated. Mental health in Lebanon was not always a priority. However, with rising issues of mental illness, the Lebanese government is finding new ways to combat the misconceptions and stigmas surrounding mental health.

According to two researchers from the Holy Spirit University of Kaslik, Lebanon, there is a distinct difference in the perception of mental illness depending on education. People who had higher educational attainment, as well as higher socioeconomic status, were more likely to have positive attitudes towards mentally ill patients. On the other hand, people who lacked education due to lower socioeconomic status had a negative outlook towards mental illness.

Lack of awareness perpetuates the stigma around mental illness which stops people from receiving treatment. It even prevents them from talking about their feelings as they fail to be validated by others. Another reason why mental illness goes untreated is that many cannot afford it.

The perception of mental health in Lebanon is changing and getting better. Historically, mental illness was considered something that could be solved only by the private sector. This meant that mental health care was reserved for those that could afford it.

Over the years, the government has realized that any person in need of help should be able to access mental health care. So, while mental health care will remain in part in the private sector, the health ministry in Lebanon is creating various programmes to help those who cannot afford it.

In 2014, the Lebanese health ministry created the National Mental Health Programme. This programme works with WHO, UNICEF and the International Medical Corps in order to help those with mental illness in Lebanon. It aims to incorporate mental health into general medicine more completely. This will hopefully help eradicate some of the bias that exists. It will help make mental health part of the discourse.

The programme also aims to help vulnerable populations in Lebanon such as refugees, people in prison and survivors of war and torture. This will be a huge help to these communities because it will allow them to have access to mental health care which they did not have before. It will create the perception that mental health deserves to be taken care of.

The National Mental Health Programme organized events such as “Time to Talk” in 2018. It was a way to directly combat incorrect perceptions about mental health by simply talking about mental health under ordinary contexts. Another similar event was “Depression: Let’s Talk About It to Get Out of It”. It was held in 2017 in order to discuss rising depression rates and help people heal. “My Mental Health is My Right” which was organized in 2014 aimed to enforce the fact that mental health in Lebanon is important and that every person has a right to receive treatment.

Thus, with such advanced programmes and new developments, the future of mental health care in Lebanon looks bright. It is important to remove the stigma surrounding mental health to improve people’s well being and foster a healthier and happier society.