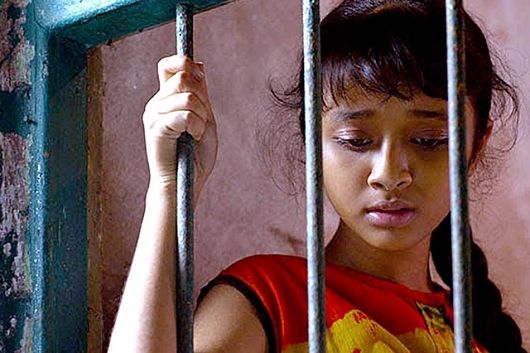 Bachpan Bachao Andolan, one of the largest organizations in India that fights child labor and trafficking, filed a complaint on June 24, claiming that there is child labor occurring in south Delhi.

The district task force and a team of police carried out a raid and rescue operation in various south Delhi restaurants, clothing stores and jewelry stores. 24 children were rescued; 16 were between the ages of 10-14, and the rest were no older than 18.

According to the BBA website, in the last month the organization has rescued 124 trafficked children “working as bonded labors across occupations and processes like Zari units, jeans and garment outlets, shoes and slipper units, eating joints and bindi-making units.” These children worked long hours, often between 12 to 14 hours, without any wages.

“Child laborers continue to work across the capital despite various laws and directions of the court,” said BBA chairperson R.S. Chaurasia. “Thousands of children are still working in the small eating joints and hotels. More painful is the fact that adults working in thousands of shops and factories are not getting the prescribed minimum wage, making them send the children to such places.”

Children are often trafficked from vulnerable countries when they face desperation, a lack of basic resources and the promise of a better future. A 15-year-old boy from Nepal was convinced by a distant relative (who ended up being a trafficker) to leave his hometown and come to Delhi for employment and money that could help the family back home in Nepal. “After the earthquake in Nepal, conditions in my hometown were very difficult,” said the boy. “Me and my family were left with no work, no money and food.”

This boy (whose name has been withheld for anonymity) worked at a small hotel in Delhi under very inhumane conditions. His hands were severely wounded after long hours of cutting vegetables and cleaning pots and pans in the kitchen, but his “employers” failed to provide him with medical services. His cuts were crudely and cheaply stitched together at a local place.

According to the BBA website, “Hundreds of millions of children throughout the world are engaged in work that deprives them of adequate education, health, leisure and basic freedoms, violating their rights. Of these children, more than half are exposed to the worst forms of child labor, such as work in hazardous environments, slavery or other forms of forced labor, illicit activities such as drug trafficking and prostitution, as well as involvement in armed conflict.” Child trafficking in India is a dire issue, especially today.

Bachpan Bachao Andolan is India’s largest grassroots movement to end the trafficking of children in India and to provide children with their basic human rights. Since October 2014, BBA has rescued over 83,500 trafficked children, enslaved children and children oppressed under child labor. BBA also helps these children assimilate into society after they are freed, helping them regain trust.

BBA was established by Kailash Satyarthi in 1980, when child labor was not recognized as a problem by the Indian government, media and public discourse. Since the organization’s beginnings, it has focused its efforts largely on the rescue operations of children in various dangerous environments such as brick kilns, stone quarries and carpet factories. It also runs rehabilitation centers for these rescued children.

BBA has demanded policy changes in government legislation to address child labor and anti-trafficking laws. The Supreme Court of India first addressed child labor and trafficking when an appeal was submitted in April 2011 by BBA. Since then, the Indian government has ratified the Palermo Protocol, and laws have been incorporated into the Criminal Law Amendment Ordinance.

The Struggle of Indigenous People in Latin AmericaAre Smartphones the Solution to Eye Care in Developing Countries?
Scroll to top