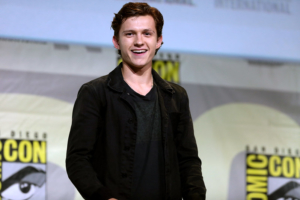 Tom Holland is a famous actor who made his acting debut at 12 years old as Billy in “Billy Elliot the Musical” in 2008. However, Holland is most notably known for playing Spider-Man in the Marvel Cinematic Universe. He made his first appearance as Spider-Man in “Captain America: Civil War” in 2016 and became popular due to Marvel’s large audience. Holland’s parents founded The Brothers Trust charity in 2017, which the whole family plays a role in, including Holland’s three brothers. The organization utilizes Holland’s fame and celebrity reach to fundraise. The funding goes toward supporting small-scale organizations often overshadowed by larger and more popular organizations.

The Start of The Brothers Trust

When The Brothers Trust first began, the Holland family focused on helping to raise money for more local charities, such as Momentum. Momentum is a children’s charity that provides support to families around the South West London area with children battling debilitating illnesses, most commonly cancer. Because Holland and his brothers were born in the same hospital out of which the charity was founded, the Holland family has a special connection to the Momentum charity, and thus, decided to begin their charitable work by supporting Momentum. However, as the organization continued to grow, The Brothers Trust moved to fund charities farther out.

To help eliminate poverty in the world, The Brothers Trust has assisted in raising money for The Lunchbowl Network since their partnership in 2016. The Lunchbowl Network is a charity created in 2006 that, among other efforts, focuses on providing food for the most deprived children within Kibera, an informal settlement in Nairobi, Kenya. In fact, through its Saturday Dinner Programme, The Lunchbowl supplies about 7,640 meals monthly, equating to more than 90,000 dinner meals per year.

In 2019, The Brothers Trust’s fundraising efforts supported the purchase of “two brand new school buses” for The Lunchbowl Network. The buses are used to transport children to school, sports events and recreational school trips. Not only has The Brothers Trust helped raise money for The Lunchbowl but the Holland family also visits the charity to take photos and videos to raise awareness of the struggles that the children in Kibera face.

Art is significant because it “encourages self-expression and creativity.” To add, it can help “build confidence as well as a sense of individual identity.” The Brothers Trust provided eight children with a safe and supportive living environment and arts education by donating $36,000 to the Artists for Africa charity.

How The Brothers Trust Fundraises

The Brothers Trust utilizes different ways to raise funds for the numerous charities it supports. For instance, the Trust raises money through various raffles that give Holland fans the chance to meet him, attend his movie premieres and visit film sets that he works on. As a matter of fact, in November 2021, Holland held a competition allowing a winner to join him in attending the world premiere of “Spider-Man: No Way Home” in Los Angeles, California on December 13, 2021. To join the sweepstakes, people donated money to participate in a lottery system raffle.

Another way to support The Brothers Trust is by joining Holland’s live streaming events that aim to raise awareness for a particular cause and raise funds. On November 18, 2021, Holland hosted a live stream to raise awareness and funds “for Epidermolysis Bullosa (EB), a rare and life-threatening genetic skin disorder that affects children from birth.” When encouraging people to donate, Holland only asks donors to give what they can afford.

The Brothers Trust also helps raise money by selling merchandise, using the help of small businesses whenever possible. For instance, The Brothers Trust is selling a jigsaw puzzle designed by Jessica Murray (@jmurhop) and created by Wentworth Puzzles. In this way, the Trust is not only helping raise money to support charities but is also garnering support for Murray’s small business. Other available merchandise include mugs, scented candles and dog collars. By buying merchandise, Holland fans can help raise awareness of the organization to help change the world.

The Brothers Trust has seen success in helping many organizations through Holland’s fame and popularity. The Holland family continues to use their platform for the greater good of humanity, ensuring that funding goes to the unnoticed humanitarian organizations that need the most support.